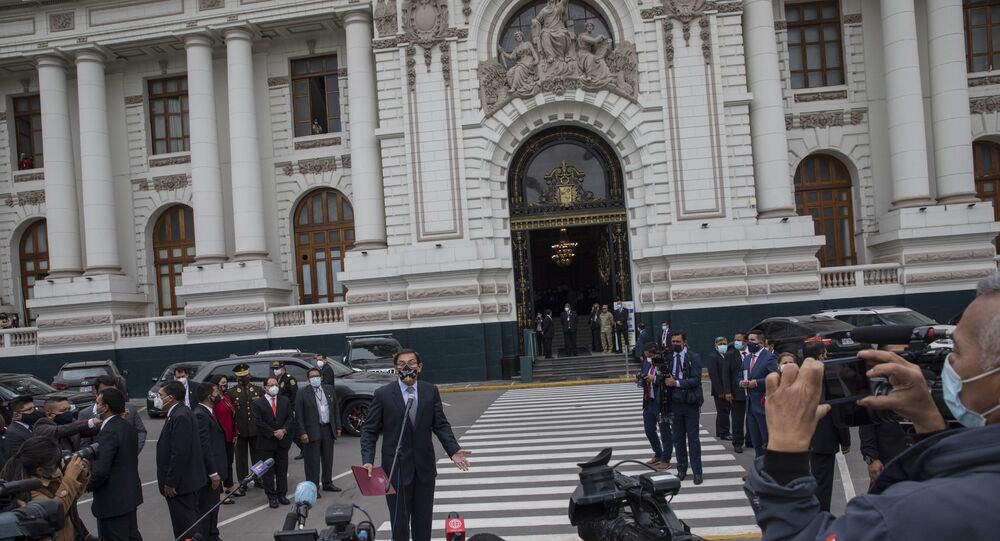 Vizcarra was accused of abusing power, namely for allegedly giving away controversial state contracts in the Mokegua region in 2011-2014, at the time he was the region's governor.

The Peruvian Congress has voted in favour of the impeachment of President Martina Vizcarra, voting results showed on Monday.

Following the voting, Vizcarra said he did not agree with the decision of the republic's Congress, which had earlier voted for his impeachment, but intended to leave the presidential palace today.

"Disagreeing with the decision made today by the Congress of the republic, where not common sense was important, but the number of votes of the people's representatives, who seem to have forgotten who they represent... today I will leave the presidential palace", Vizcarra said in a speech posted on Twitter.

According to Agencia Andina, 105 lawmakers voted in favour, 19 - against, and 12 abstained. At least 52 out of 130 lawmakers were needed for the impeachment proceedings to begin.

In mid-September, Vizcarra already made it through one impeachment vote, which was initiated over his alleged abuse of power for giving away controversial state contracts. Less than a month after that, he was confronted with new charges of bribery and corruption.

Vizcarra, who has denied all accusations against him, assumed office in 2018, and his term was supposed to end only in July 2021.