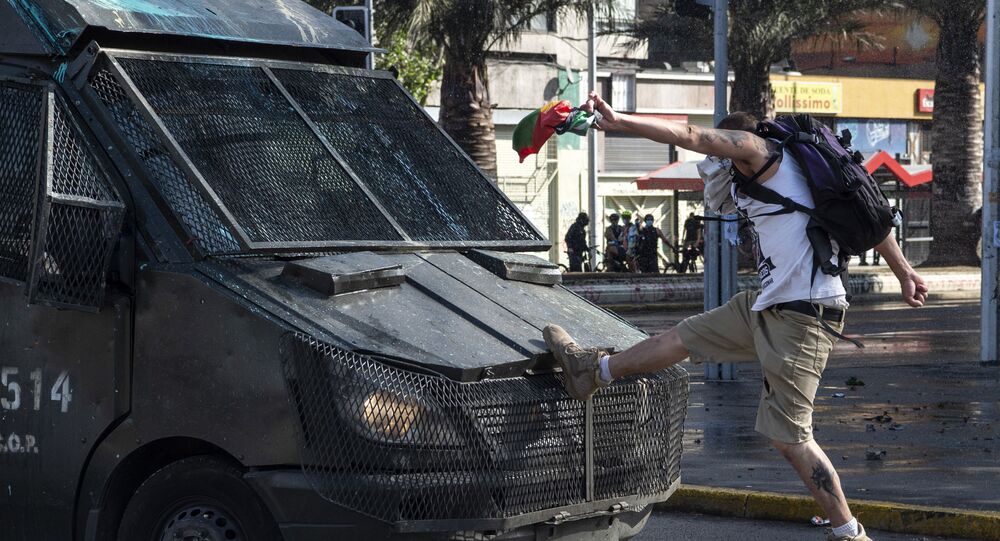 Protesters Rally in Santiago Ahead of Chilean National Referendum - Video

Originally, the vote was due to take place in April but was postponed until 25 October amid coronavirus pandemic.

Sputnik brings you live footage from the Chilean capital Santiago, where protesters took to the streets on Sunday ahead of the national referendum on a new constitution.

Chile has witnessed a slew of mass protests recently, sparked off by a rise in metro fares which was later suspended. However, the demonstrations have developed into a movement with people expressing their dissatisfaction with the rising cost of living, pension reform, and police conduct during protests amid calls for Chilean President Sebastian Pinera to resign.

The President is expected to address the nation on the day the referendum is held to mark the start of the social movement and outline the steps taken by the government to meet the demands of the protesters.