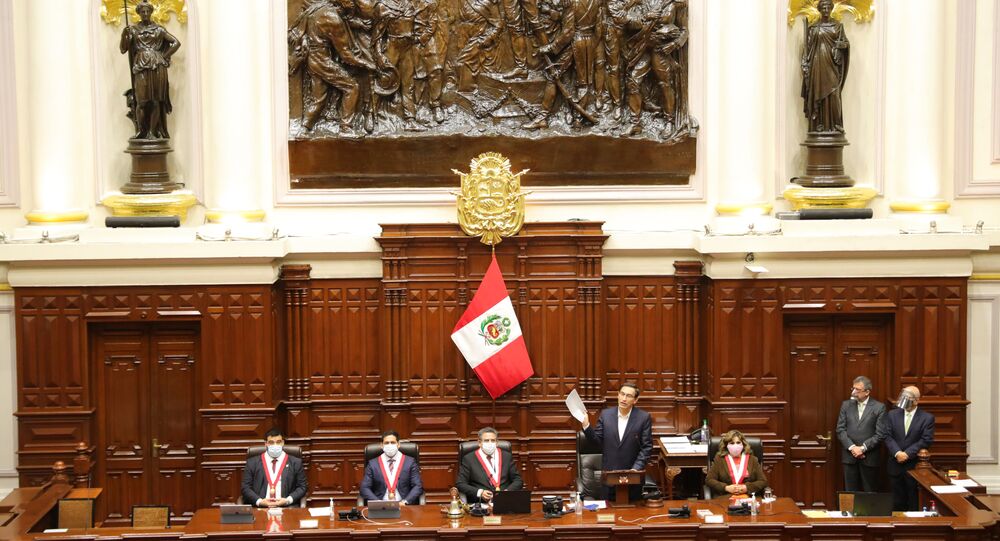 An impeachment process was launched against the Peruvian leader over his "moral incapacity" to perform professional duties amid alleged obstruction of justice on his part.

The Peruvian Congress has refused to support the impeachment of President Martin Vizcarra, following almost 12 hours of debates, local media reported on Friday.

According to the RPP radio broadcaster, the Congress, long hostile to Vizcarra, did not manage to surpass the 87-vote threshold to remove Vizcarra from office.

"I have come here with my head held high and a clear conscience, because I am consistent with everything I have said during my administration. I do not run away, I have not done that in the past, and I will not do it now", Vizcarra said prior to the voting.

The Congress launched the impeachment process on 10 September after opposition lawmakers distributed a leaked audio recording of the president in the Congress. In the voice recordings, the Peruvian president instructed several subordinates from the government to give false testimonies about his involvement in the issuance of controversial state contracts.

The opposition has also alleged Vizcarra has had ties to an individual engaged in fraud.

Vizcarra, while acknowledging that the recordings were authentic, claimed that they had been heavily edited and taken out of context. The leader said he was not going to voluntarily step down. He added that he is not going to resign because he has a commitment to the citizens of Peru.