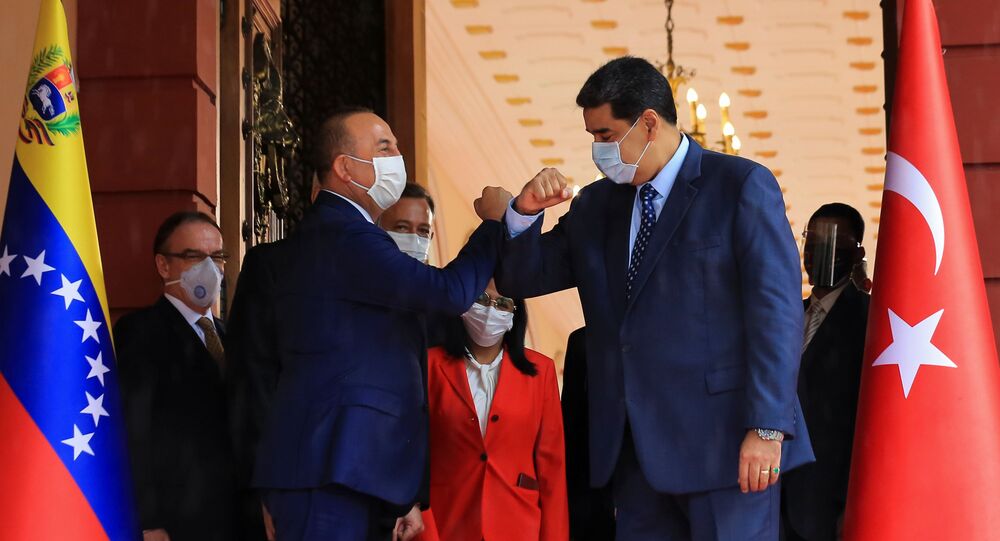 Turkey has become one of Venezuela's strongest allies amid an increasing row between Caracas and Washington, with the latter extending sanctions pressure on the oil-rich Latin American country.

Turkish Foreign Minister Mevlut Cavusoglu arrived in Caracas on Tuesday to sign agreements and mark the 70th anniversary of diplomatic relations between the two countries.

While meeting with Venezuelan President Nicolas Maduro and Vice President Delcy Rodriguez, Cavusoglu announced that the plane he arrived in had brought medical equipment, including rapid tests to detect COVID-19.

On Monday, Venezuela reported 34,802 cases of the virus and nearly 300 deaths, below levels elsewhere in South America even as the number of positive tests has been increasing rapidly in recent weeks.

Amid increased tension between Venezuela and the US, Ankara has deepened its economic ties with Caracas, exporting products for a state-run food distribution programme and purchasing the Latin American country's gold.