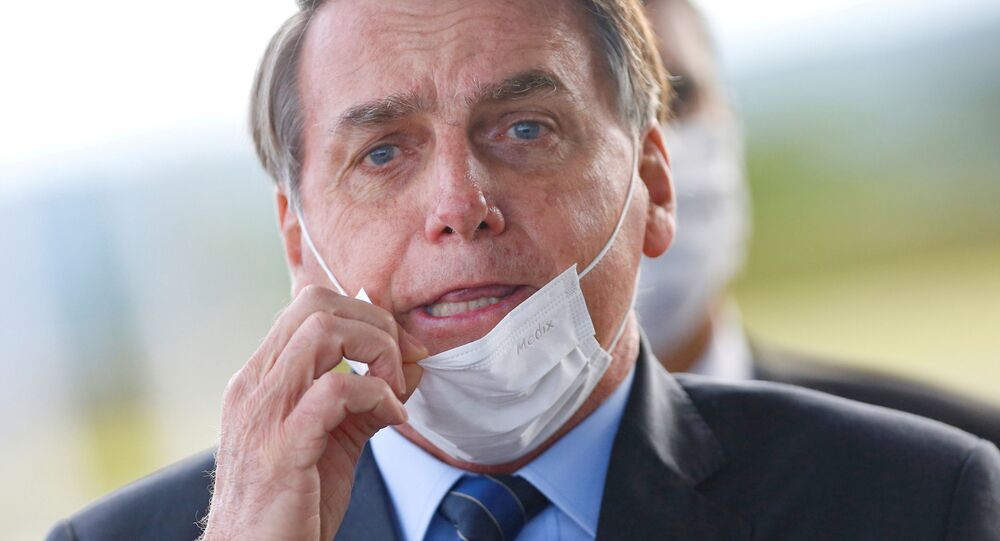 The Brazilian courts previously passed a bill known as the “Brazilian Law on Freedom, Responsibility and Transparency on the Internet” that was aimed at combatting so-called fake news propagated by supporters of President Jair Bolsonaro. However, even his critics have warned such moves could stifle free speech.

Facebook and Twitter have removed the accounts of several prominent supporters of Brazilian President Jair Bolsonaro after a Supreme Court judge ordered them blocked as part of a broader investigation into an alleged disinformation campaign.

Justice Alexndre de Moraes ordered the removal of 16 Twitter profiles and 12 Facebook accounts on Friday, a decision that has to do with an ongoing probe into what critics of President Bolsonaro frame as an attempt by his allies to pump Brazil’s digital space full of “disinformation” aimed at discrediting the national courts and judges.

The move comes as US-based social media giants are facing unremitting pressure from campaigners to crack down on what they see as hate speech and political misinformation on tech platforms.

Justice de Moraes reportedly declared in his high court ruling that the accounts must be blocked to thwart “the ongoing dissemination of fake news, slanderous accusations, threats and crimes” against the country’s courts.

Those who visit the targeted Facebook and Twitter accounts in Brazil are confronted with messages that indicate the pages have been suspended. The message on Facebook says, “this content isn’t available right now,” while on Twitter it explains that the “account [is] withheld in Brazil in response to a legal demand.”

However, the profiles are still viewable outside of Brazil.

Those blocked by the court order have since bitten back.

Mr Jefferson’s party, the PTB, issued a damning statement in which it said that judge Moraes had engaged in “yet another arbitrary measure” which “impedes the exercise [of Jefferson’s] right to liberty of expression and opinion on social media.” Mr Jefferson himself is said to have slammed the move as comparable to Nazi Germany.

Sara Winter said that the court’s order was like that of a “dictatorship” and pledged that she would complain to “international human rights organisations about the serious offence against free speech.”

Facebook said in a statement that it, “respects the judiciary and complies with valid legal orders.”

Twitter also issued a statement on the matter, noting that “Twitter acted strictly to comply with a legal order related to a Supreme Court investigation.”

While the Brazilian President himself has yet to issue a statement on Judge Moraes’ decision, he has previously reportedly dismissed the inquiry as a threat to freedom of speech in Brazil.

At the end of May, Brazilian police raided a number of homes that were linked to strident online Bolsonaro supporters as part of the same investigation into the so-called “fake news network.” Previously, Justice Moraes has suggested that President Bolsonaro’s son, Carlos, could be behind what some see as a nationally coordinated disinformation campaign set up by billionaires, bloggers and activists, aimed at undermining popular confidence in Brazil’s institutions.