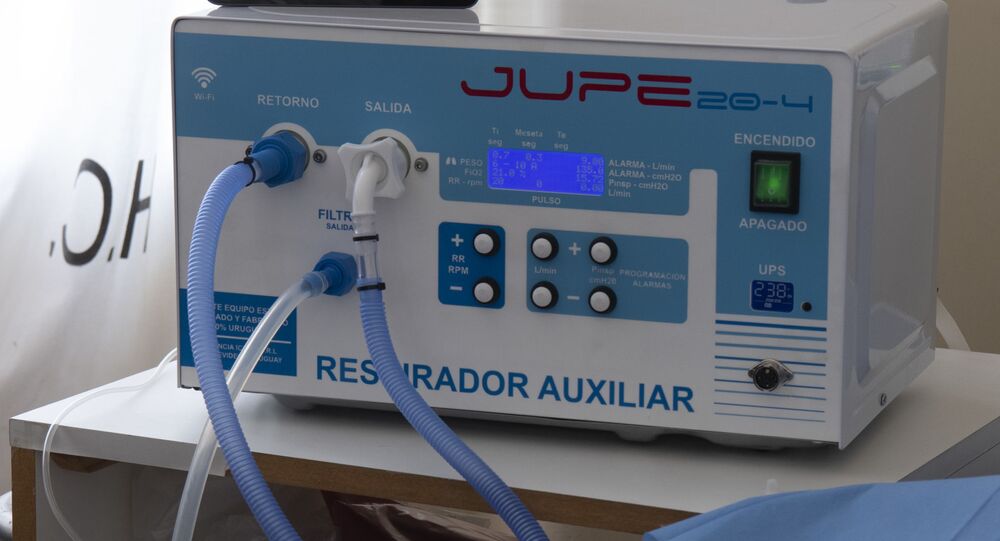 "This investigation will summon Jeanine Anez, Longaric, and other functionaries involved in this procurement that became a theft from the pockets of all Bolivian people", Montano told reporters.

According to the lawmaker, Anez is expected to acknowledge that she knew about the deal's details, which she herself had ordered, while Longaric is expected to explain why no action was taken after the Bolivian consul in Barcelona submitted a report highlighting the contract's details.

Last Wednesday, Bolivian Health Minister Marcelo Navajas was arrested and dismissed from office over his suspected involvement in the corruption scandal.

The scandal erupted last week as Bolivian frontline medical workers tackling COVID-19 said that the ventilators procured by the government from a Spanish firm were of poor quality and did not match the WHO standards. People further erupted with discontent upon learning that the government spent more than $27,000 on each of 170 devices while there were domestic producers who had previously offered to supply ventilators for $1,000.

As of 27 May, the country has registered 7,136 COVID-19 cases and 274 fatalities related to the disease, the national Health Ministry data shows.