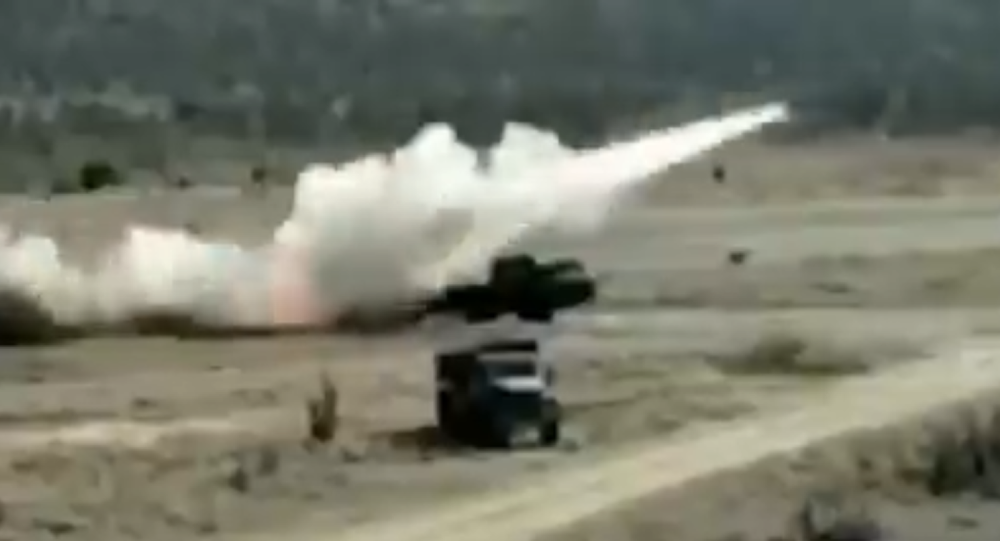 ‘We Are Ready for Whatever’: Venezuelan Missiles Deployed on Island Against US Forces - Videos

As several Iranian tankers approach the Caribbean Sea, Venezuelan President Nicolas Maduro has dispatched anti-air missiles and long-range rocket artillery to several islands off the Venezuelan coast amid fears the US may try to intercept the vessels, which are carrying much-needed fuel.

"We witnessed military exercises ... on the island of La Orchila, with the test of the most precise missile systems for the defense of waters and coasts," Maduro announced on Friday at a news conference with military leaders. The island sits roughly 80 miles north of the Venezuelan mainland and houses the Antonio Diaz Naval Air Station.

“We were testing the Russian Buk missile, absolute precision,” he said, according to Agence France-Presse. "We are ready for whatever and whenever."

Military exercises have been carried out on Orchila island recently including this BM-30 Smerch pic.twitter.com/CZ0RsTn5DM

Neither weapons system has the range to totally protect the waterway between the islands and the mainland, however. The Buk-M2E has a range of just 30 miles, and the BM-30 rocket launchers could reach 56 miles, although they are not equipped for precision strikes against, for example, ships. Venezuela’s S-300 air defense systems are notably absent from the drills.

However, in a second video posted by the Venezuelan Strategic Operations Command, the BM-30s appear to be firing at a dummy tanker being towed by Venezuelan warships.

​Meanwhile, the first of five Iranian tankers loaded down with fuel is nearing the Caribbean Sea, roughly two days’ sailing from La Guaira. The tankers - the Clavel, the Forest, the Faxon, the Fortune and the Petunia - are carrying a collective 1.5 million barrels of fuel intended to relieve shortages in Venezuela resulting from closure of the country’s largest oil refinery earlier this year.

Updated locations for the 5 tankers traveling from #Iran to #Venezuela to deliver a cargo of gasoline. pic.twitter.com/bG0cngTzoQ

​While the Pentagon has so far maintained it has no orders to intercept the tankers, numerous circumstances point to an intended interception, including the dispatching of four US warships to the region. Amid the COVID-19 pandemic and new accusations of “narco-terrorism” against the Venezuelan leadership by Washington, US patrol craft flights in the Carribean have also stepped up, including P-8 Poseidon hunter-killer anti-ship aircraft and RC-135 Rivet Joint spy planes.

​US President Donald Trump also boasted on Wednesday during a phone call with regional partners that the US has Venezuela “surrounded, it’s surrounded at a level that nobody even knows, but they know. We are watching to see what happens."

US Targets Iran, Venezuela, as World Increasingly Skeptical of Trump