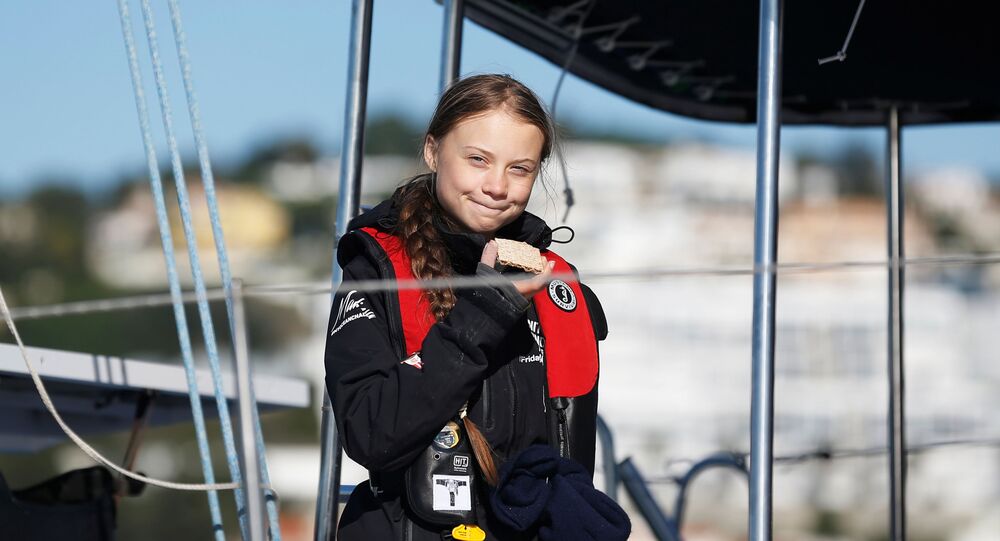 After garnering international headlines for accusing Leonardo DiCaprio of having started the Amazon fires, the right-wing Brazilian leader has taken aim at the Hollywood star's acquaintance, 16-year-old Swedish climate activist Greta Thunberg. The teenager has angered Jair Bolsonaro with her claims about the killings of indigenous people in Brazil.

Environmental activist icon Greta Thunberg, who has inspired student ecology protests, has put “pirralha” (“brat” in Portuguese) on her Twitter bio after Brazilian President Jair Bolsonaro used the word to slam her.

“Greta said that the Indians died because they were defending the Amazon. It's impressive that the press is giving space to a brat like that,” the country’s head told journalists, using the term “pirralha.”

The 16-year-old, who earlier scolded world politicians for stealing children’s futures and not doing enough to protect the environment, had made claims about indigenous people being killed for protecting the rainforest on Twitter.

“Indigenous people are being literally murdered for trying to protect the forest from illegal deforestation. Over and over again. It is shameful that the world remains silent about this,” she tweeted.

Indigenous people are literally being murdered for trying to protect the forrest from illegal deforestation. Over and over again. It is shameful that the world remains silent about this. https://t.co/u1eLE8t0K4

​She also shared a clip about an indigenous forest guardian who was wounded by someone shooting from a passing car. According to the report, two other tribe members were killed and one other was wounded in Maranhão, Brazil. Her offensive came amid the UN international climate change conference, where participants criticised Brazil's environmental policies, the Daily Mail reports.

Thunberg has already changed her profile in response to her other high-profile critics. For example, in October, she adjusted her bio on Twitter, setting it to “A kind but poorly informed teenager,” seemingly in response to remarks made by Russian President Vladimir Putin about her.

© AP Photo / Alessandra Tarantino
Climate Activist Greta Thunberg Holds Press Conference in Madrid - Video
Following the United Nations Climate Action Summit, where she accused global political leaders of failing to take necessary steps to tackle climate change and other problems, he said that he doesn’t “share the general enthusiasm about Greta Thunberg’s speech”. The president noted that he is “convinced that Greta is a kind and very sincere girl”, but argued that it is wrong to use children and teenagers to promote even noble goals.
...
Reddit
Google+
Blogger
Pinterest
StumbleUpon
Telegram
WhatsApp
128