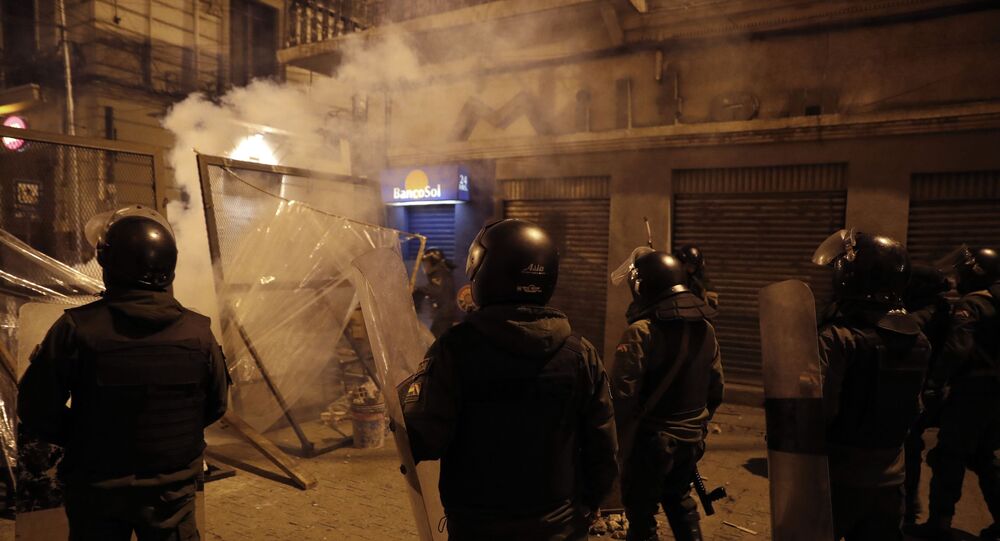 After Bolivia's entire government resigned, riots erupted in the country, accompanied by arsons and attacks on the homes of officials, mainly in the nation's largest cities.

People have taken to the streets of La Paz, Bolivia, to protest against new self-proclaimed interim president Jeanine Anez, demanding her resignation.

According to reports, most of the protesters belong to the group "Ponchos Rojos" (Red Ponchos), which mainly includes indigenous Aymara workers from the Bolivian Army in the Andean region of Omasuyos, and supporters of former President Evo Morales.

Bolivian President Evo Morales was forced to resign on 10 November under pressure from the military amid protests against his re-election. The Bolivian Armed Forces sided with demonstrators protesting his October 20th electoral victory. Morales vowed to call for new elections and reshuffle the electoral board after a preliminary report from the Organisation of American States found "grave" irregularities in the voting process. His offer was not supported by the opposition, which demanded he abandon his post. On 12 November, Morales arrived in Mexico after being granted political asylum there.