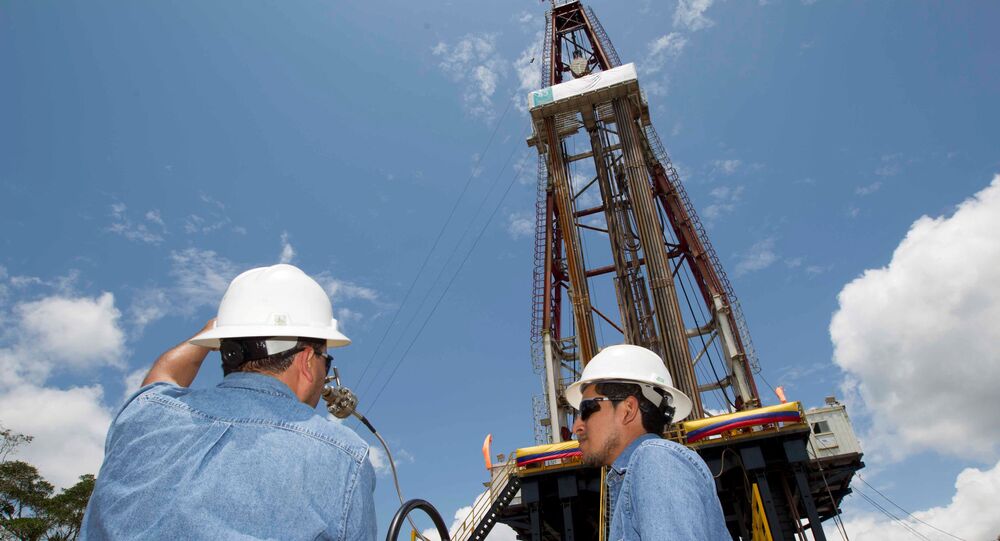 Ecuadorian state-run energy giant Petroamazonas halted operations in three oilfields, according to a Monday statement by the Ecuadorian Energy Ministry. The ministry added, without giving details, that the suspension occurred after the oilfields were taken by "individuals not affiliated with the operation".

​Ecuadorian President Lenin Moreno has reportedly imposed austerity measures in the country in a bid to help the Latin American nation avoid spending some $2.27 billion a year. Additionally, budget cuts are said to be part of the Ecuadorian government's deal with the International Monetary Fund to be eligible for a $4.2 billion loan. In particular, the deal partially envisages the elimination of fuel subsidies, including a reduction of vacation days for public employees, changes to retirement benefits and lower compensation for some contract workers.

The austerity measures sparked violent protests across the country, prompting Moreno to declare a national two-month state of emergency over ongoing civil unrest.

According to a presidential decree, a 60-day state of emergency will allow the government to mobilize security forces and invoke extraordinary measures to address the unrest.

Earlier, Ecuadorian authorities said the nation would leave the Organization of the Petroleum Exporting Countries in order to increase crude oil production and raise more cash.