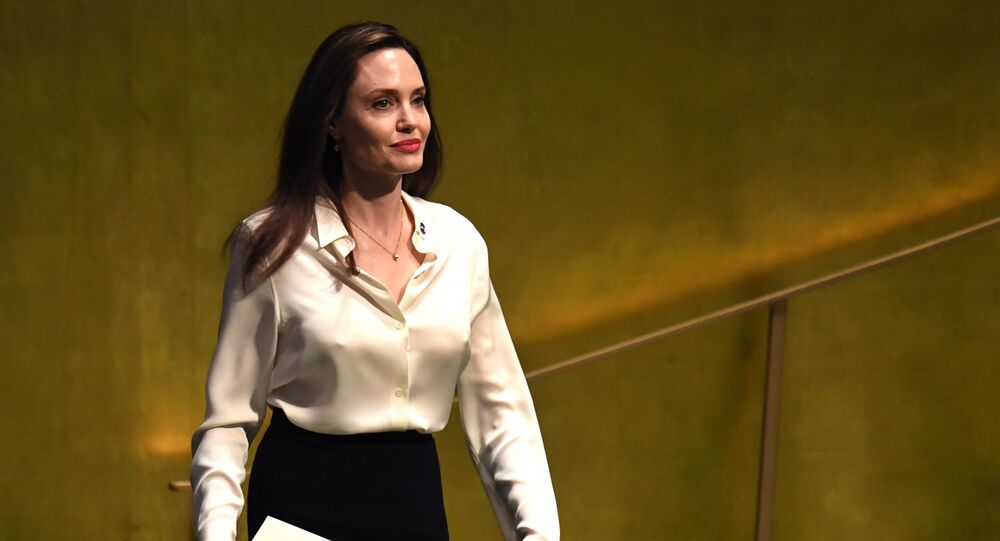 UNITED NATIONS (Sputnik) - American actress and United Nations High Commissioner for Refugees (UNHCR) Special Envoy Angelina Jolie will visit the Colombia-Venezuela border on Friday to assess the humanitarian response amid the unrest and exodus in Venezuela, the UN refugee agency said in a press release.

"During her visit, the Special Envoy, together with UNHCR’s Deputy High Commissioner, Kelly Clements, will meet with the Colombian government and various organizations contributing to the humanitarian response along with Venezuelans and Colombians hosting them", the release said.

Jolie will undertake a two-day mission to evaluate the challenges faced by Colombia and other Latin American host countries in responding to the refugee crisis.

Earlier on 7 June, the UNHCR said that the number of Venezuelans having left their country due to the ongoing political and humanitarian crisis has reached 4 million.

The vast majority of Venezuelan refugees are hosted by Latin American countries, with Columbia accounting for 1.3 million, the UNHCR said.

The United States and some of its allies have endorsed Guaido and called on Maduro to step down as well as for a new election to be held. China, Russia, Bolivia, Turkey and numerous other countries have voiced their support for Maduro as Venezuela's only legitimate president.