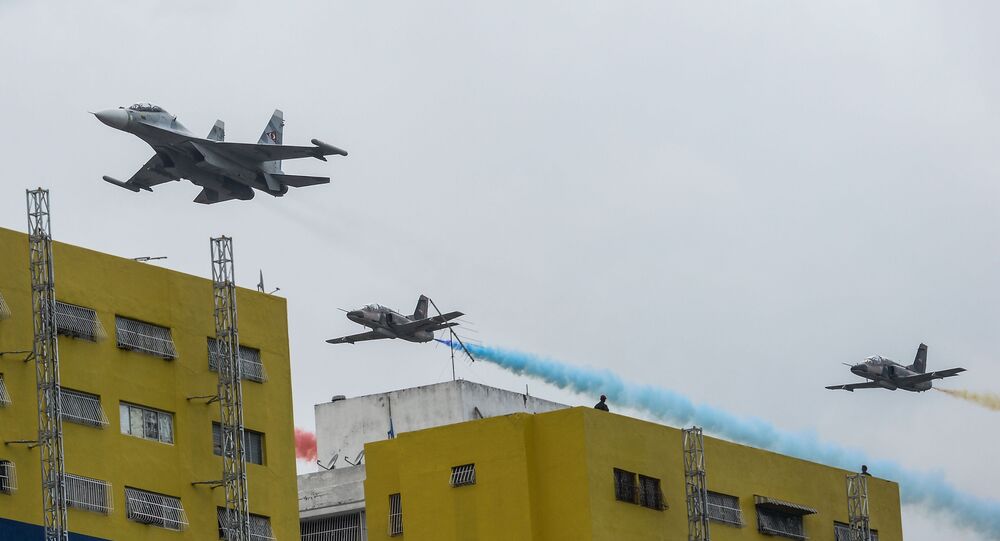 MOSCOW (Sputnik) - Russia is ready to increase the number of its military experts in Venezuela to maintain Russian-made military equipment if the enhanced presence of such experts is necessary, the Russian Foreign Ministry's Director of the Latin American Department Alexander Schetinin said Friday.

"We have contracts [with Venezuela] on maintaining deliveries. Any maintenance work requires a certain number of people. Sometimes more, sometimes less. If more people are needed, we will send as many as necessary", the diplomat said when asked whether Moscow was ready to increase the number of military experts maintaining equipment in Venezuela.

Following the report, US President Donald Trump tweeted that Moscow allegedly informed the US about having "removed most of their people" from Venezuela.

Responding to Trump's statement, Russian presidential spokesman Dmitry Peskov said Russia did not officially notify the United States about that, adding that Russian specialists continue to work there.