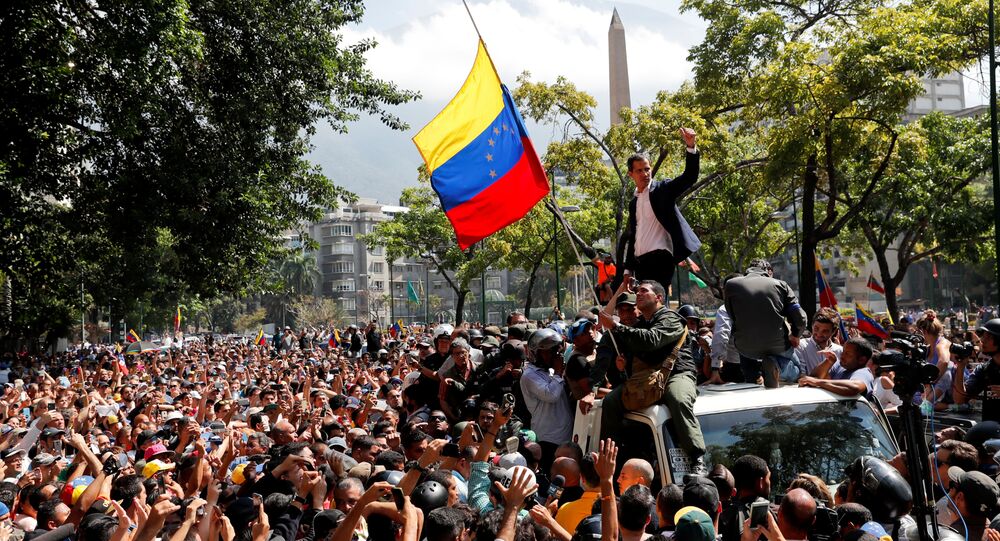 UNITED NATIONS (Sputnik) - The International Contact Group on Venezuela and the Lima Group said in a joint statement that they are committed to a peaceful transition that would lead to holding a peaceful election in Venezuela.

The two groups said they are "committed to a peaceful transition leading to free and fair elections", the statement said on Monday.

In that vein, the two groups reaffirmed their support to the country's National Assembly and called for full restoration and respect of its powers, as well as the release of political prisoners.

The two groups met on Monday "to increase contacts with a view to contribute to a political, peaceful and democratic solution to the Venezuelan crisis", according to the joint statement.

© Sputnik / Sergey Guneev
Maduro Believes in Possibility of Finding Peaceful Solution to Venezuelan Conflict in Oslo
While the solution for the crises ultimately lies with Venezuela and its citizens, international and regional communities need to play a more active role in assisting the country's transition to democracy, the two groups said.

The Lima Group and International Contact Group announced their commitment to continue providing humanitarian aid to Venezuela and neighboring countries amid the migration and humanitarian crises in the region. The two groups also called for increasing aid from international community, according to the statement.

Venezuela has been suffering from a severe political crisis since late January when US-backed opposition leader Juan Guaido proclaimed himself an interim leader in a bid to oust President Nicolas Maduro from power.

Maduro has accused Washington of working with Guaido to orchestrate a coup to take control of Venezuela’s resources.

The United States and over 50 countries recognized Guaido, but Russia, China, Turkey, and numerous other countries have said they recognize constitutionally-elected President Nicolas Maduro as the only legitimate head of state in Venezuela.