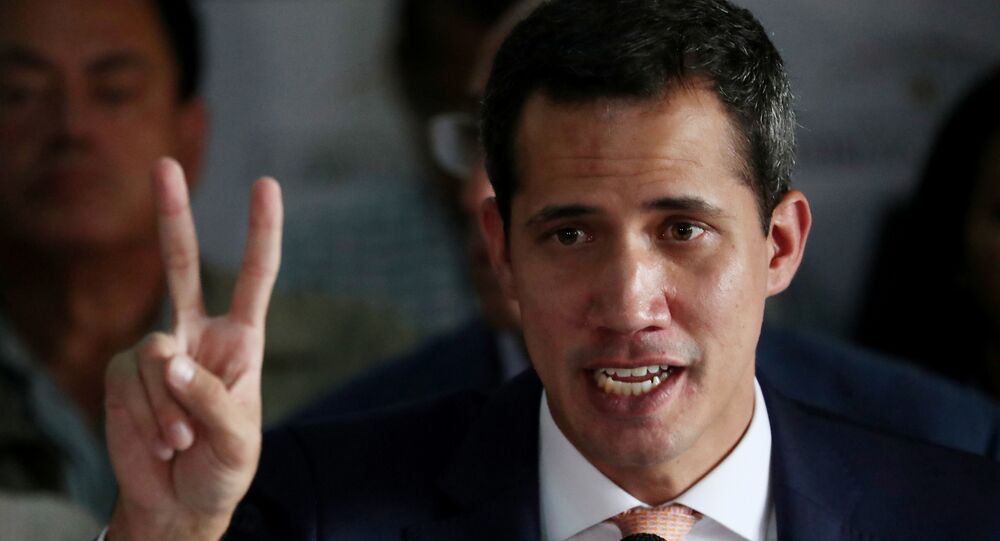 According to Guaido, Norway does “mediation” between the two sides. Earlier this week, representatives of the two conflicting sides met in Oslo to attempt for a diplomatic solution to the Venezuelan crisis.

Venezuela's self-imposed "interim president" Juan Guaido on Sunday denied that his delegation in Norway engages in dialogue with representatives of President Maduro.

"We must describe what's happening in Norway precisely," Guaido said to his supporters at a rally in the city of Barquisimeto, according to El Nacional. "This is an invitation to a meditation on Norway's part. That said, it is not a negotiation or a dialogue."

According to Guaido, the Oslo meetings must result in the resignation of President Maduro.

"If this doesn't happen, we will stay on the streets and move towards the restoration of democracy," he claimed.

This is an almost word-by-word reiteration of a statement he made on 16 May. At the time, he also said that Norway was mediating and that there were no negotiations going on.

© Sputnik / Eugene Odinokov
MI6 Smuggled Russia's Defence Secrets in Tea Bag on Flight to Venezuela, UK Media Outlet Claims
Opposition member Stalin Gonzalez explained earlier that members of the two delegations have never met face to face but talked to the Norwegians in turn. He underscored that the Norwegian process came up with no agreements.

Guaido said that Norway would define the methodology for next week's meeting, without specifying if the two sides would meet directly, according to a Reuters report.

On Saturday, Norway announced the two delegations will continue their talks in Oslo next week. Venezuelan President Nicolas Maduro thanked Norway for their efforts "to advance the dialogue for peace and stability."

The US State Department reacted to the announcement, saying Washington believes Oslo talks must inevitably end in Maduro's resignation.

Russia, China, Turkey and a number of other nations recognize Nicolas Maduro as the only legitimate leader of Venezuela, while the US and its allies backed the self-imposed "president" Juan Guaido.