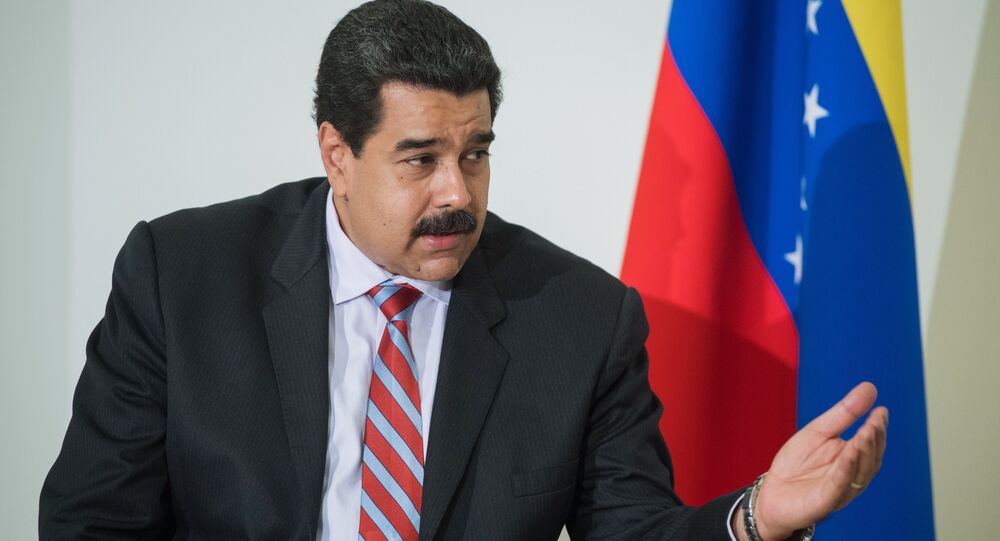 MOSCOW (Sputnik) - Venezuelan President Nicolas Maduro has expressed condolences to the families of the servicemen killed in a helicopter crash in the northern Miranda state on Saturday, his statement released on Sunday said.

"Venezuelan people! On the morning of May 4, a helicopter of our armed forces crashed, seven servicemen died. I deeply regret the incident and express my condolences to their families and friends," he tweeted.

© REUTERS / Handout / Miraflores Palace
Maduro Calls on Army to be Ready to Defend Venezuela From US Attack − Report
The Venezuelan military helicopter crashed on Saturday morning, killing all seven people on board, Defence Ministry said in the statement.

The helicopter crashed close to Caracas on its way to the west-central state of Cojedes, the ministry said. It was found in a mountain area. The ministry added that authorities launched investigation into the incident.

Last month, another helicopter crashed in the area of the city of Maracaibo in western Venezuela. At least two generals were on board, one of them was killed and another one injured.