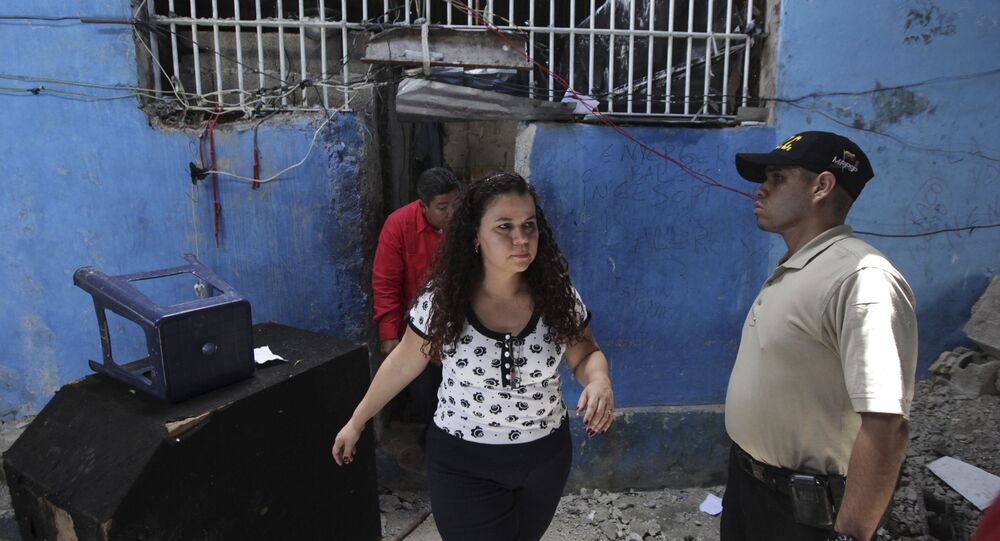 The minister issued her warning ahead of an anticipated reshuffling of the Maduro administration’s cabinet.

"I ask the president to be careful of whoever has an American visa," Iris Varela said in an interview for Venezuela's state television. "A person who has an American visa at this stage of the game is not trustworthy enough to be at Comandante Nicolas Maduro's side."

She explained that she made her comments because she anticipates Maduro will soon reshuffle his cabinet.

"What I always ask the president of the republic is: be careful," Varela said. "There are traitors, there are people who have their price."

The minister has a reputation in Venezuela for making "incendiary" comments, which have reportedly earned her a nickname "Fosforito," or "little match," from the president, AFP reports.

© REUTERS / Ivan Alvarado
Sociologist: Guaido Doesn't Have Chance Now of Ousting Maduro
In January, Varela threatened to arrest opposition leader Juan Guaido — who is also the president of the National Assembly of Venezuela — after he declared himself the country's "interim president."

"Guaido, I've prepared you a cell, with a uniform," Varela tweeted in January. "I'm waiting for you to appoint your cabinet to know who will join you, Mister Speaker."

Guaido and the United States have repeatedly called on Venezuela's top ranking officials, who remain loyal to Maduro — who is also the commander in chief of country's armed forces — to defect.

Guaido, with support from Washington, seeks to oust Maduro from office, using power supply issues in the country to incite discontent among the Venezuelan population. According to Maduro's administration, Venezuelan authorities neutralize up to four attacks on the electric grid every day.