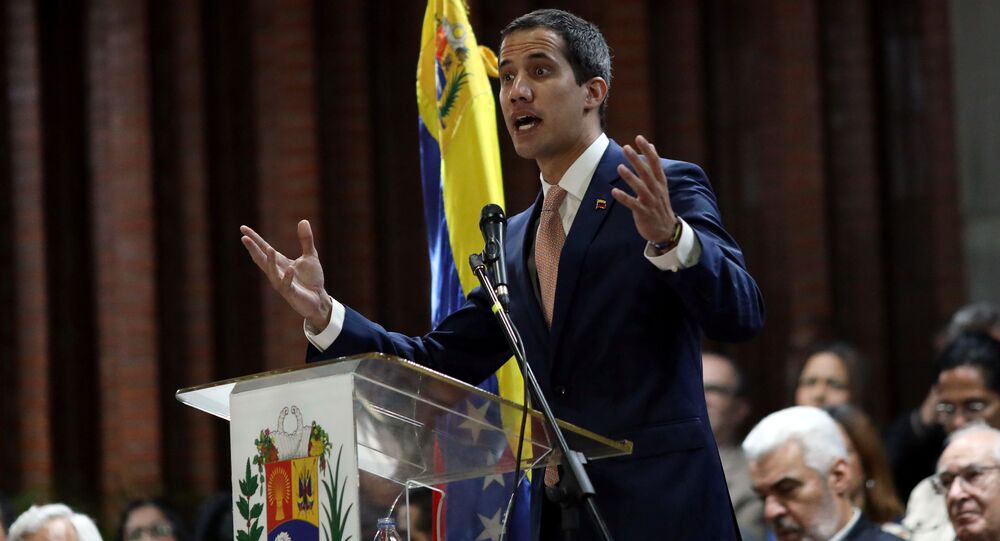 CARACAS (Sputnik) – Criminal proceedings, which will be led by the Supreme Court and the prosecutor general, have been launched against Venezuela’s opposition leader Juan Guaido, who has declared himself the country’s interim president, Julio Garcia Zerpa, the member of the Venezuelan government-controlled National Constituent Assembly, has said.

On Tuesday, the assembly ruled to extend judicial proceedings against Guaido. On Wednesday, head of the Venezuelan Constituent Assembly, Diosdado Cabello, said that the move meant stripping Guaido, who is the head of the opposition-led National Assembly, of his parliamentary immunity.

© AP Photo / Fernando Llano
'Against the Wall': Calls to Punish 'Traitor' Guaido Amid Immunity Revocation (VIDEO)
"A criminal process, which will be led by the Supreme Court and the prosecutor general, is launched against him. The justice system will make a decision [in Guaido’s case] on the basis of the relevant evidence. He will have a right for defence. Justice will be served … He will have to pay for what he has done. He will have to pay for betraying the country," Garcia Zerpa, who heads the Constituent Assembly’s legal committee, said on Wednesday as aired by Venezuelan TV broadcasters.

On 5 January Guaido was elected the head of the opposition-controlled National Assembly that all other government branches have been refusing to recognise since 2016. The Venezuelan Supreme Court annulled his election, two days after Guaido declared himself the country's "interim president". He was supported by the United States and some 50 of its allies. China, Russia, and Bolivia among other states, have expressed their support for constitutionally elected Maduro as the only legitimate president of Venezuela.

Venezuelan President Maduro, who won the May 2018 election and was sworn in for his second presidential term on 10 January, said that Guaidó's move was an attempt to stage a coup orchestrated by Washington.