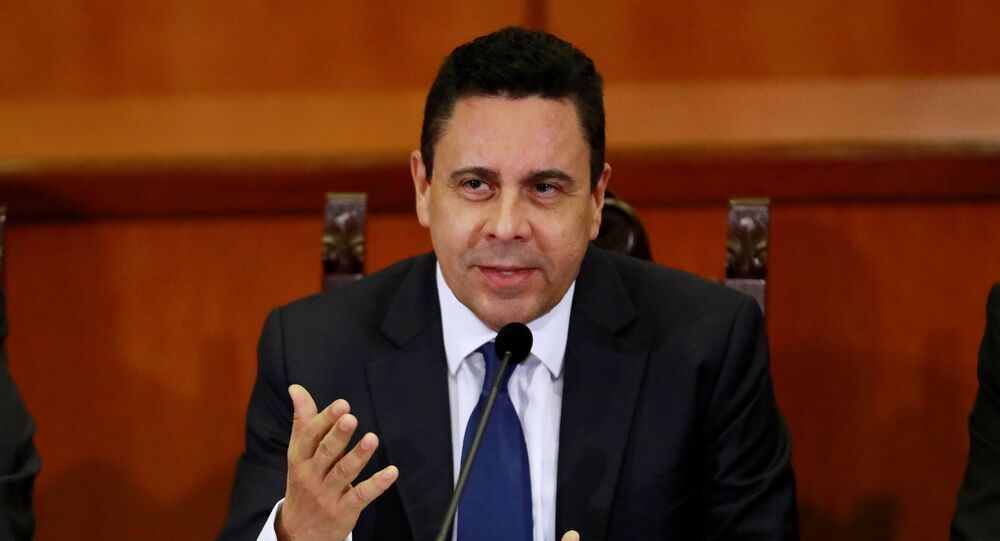 "From the Colombian territory… they are arming so-called the Venezuelan liberation army to penetrate into Venezuelan territory with supposedly deserters," Moncada said on Thursday.

The envoy added that the United States is inflating figures that there are thousands of Venezuelan deserters because they are fabricating their own army similar to the US-backed Contra armies fighting against the Sandinista government in the Nicaragua Revolution in the 1980s.

These efforts are part of US plans for a clandestine operation against Venezuela, Moncada continued.

Moreover, the UN envoy said Venezuela views Trump's stance of "all options on the table" as a threat of using military force to overthrow President Nicolas Maduro's government.

The United States immediately recognized Guaido, and around 50 other countries followed suit. Russia, China, Cuba, Bolivia and a number of other countries have meanwhile voiced their support for the legitimate government of Maduro.