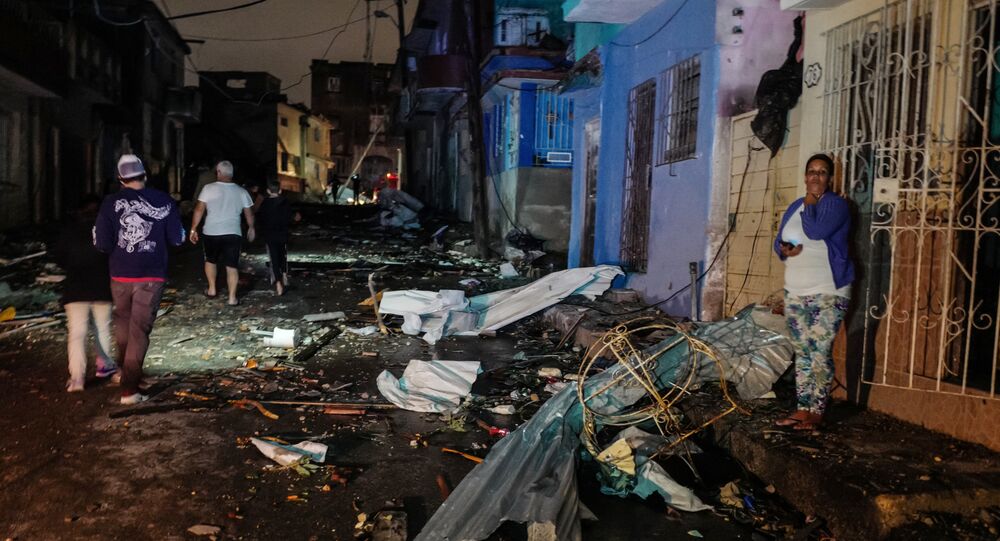 "The damage is severe, so far we regret the loss of three human lives and are treating 172 injured," the president said on Twitter.

The victims are receiving assistance. The city was seriously affected by strong wind and rain. Damaged houses, fallen trees, overturned cars and power outages were reported throughout some parts of the city.

I just received the news that there was a tornado in La habana, Cuba… i never thought i’d hear that. a building with people inside collapsed. pic.twitter.com/dD2bx7B3PB

"In the morning of today an extratropical low has been formed in the Southeast of the Gulf of Mexico, from which a cold front extends towards south-southeast. A line of electrical storms can form in the next hours, which with the movement to the east of these systems will affect the western part of the country tonight and early in the morning," Havana's Institute of Meteorology reported as quoted by the IBT.

According to local residents, the tornado sounded like a jet engine when it hit Havana with strong winds, heavy rain and hail.

Cerro and Santo Suarez, Luyano, Via Blanca, Regla and Chibas were among the most affected areas.