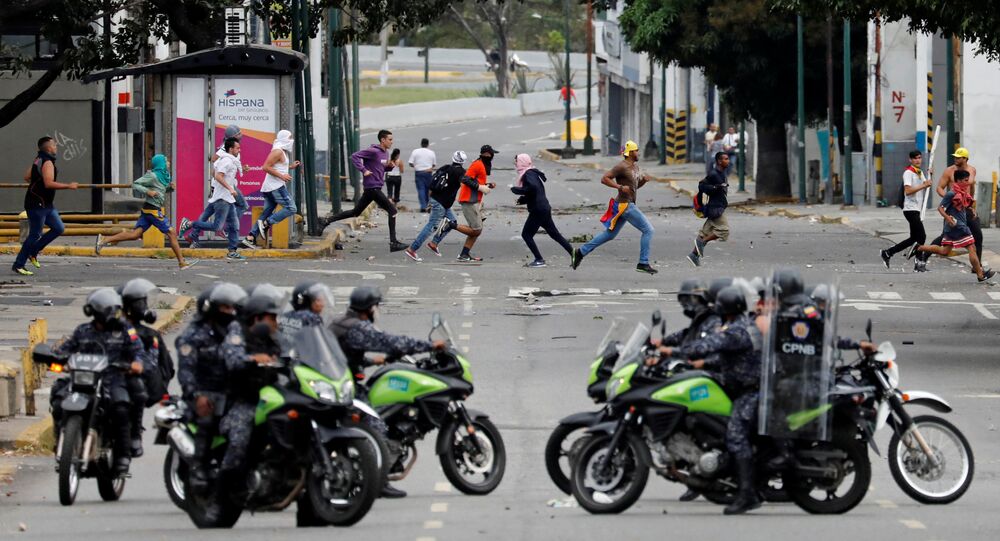 About 500 People Arrested During Mass Rallies in Venezuela - Rights Group

"As of 8:50 p.m. [00:50 GMT on Saturday], arrests are underway, there are reports about officers of the National Guard and special services rushing into homes. The number of arrested people will soon reach 500," Romero wrote on his Twitter page.

He added that there were at least 14 underage people among those arrested.

Maduro called the opposition leader a US puppet and accused Washington of attempting to organize a coup in Venezuela, declaring the decision to cut off diplomatic relations with the country.

Some countries, including Brazil, Canada and the United States, immediately recognized Guaido's interim presidency. Other states, such as Russia and Mexico, voiced their support for Maduro as the country's only legitimate president.