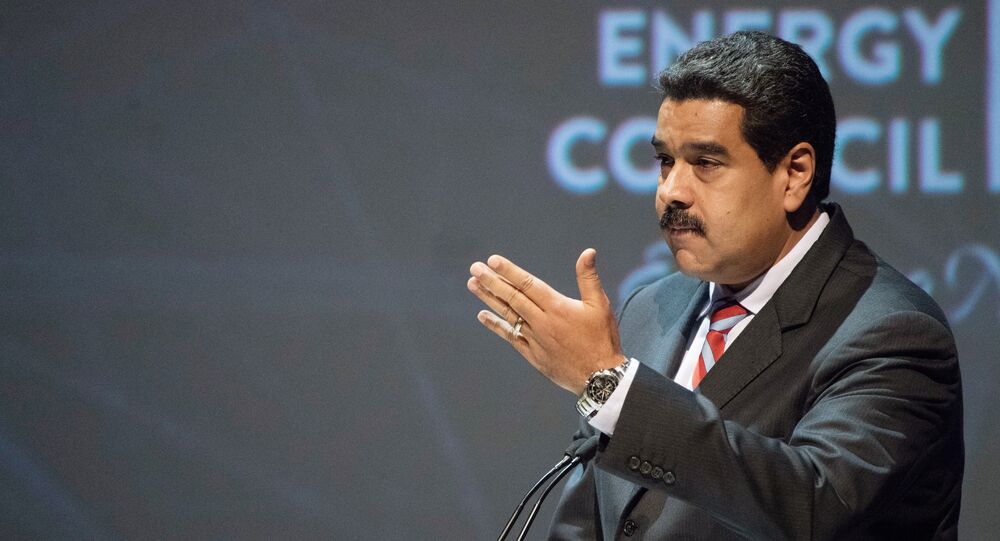 "With his angel's face… he is a devil that rises up against the whole Venezuela, since Colombian oligarchy despises Venezuelan people," Maduro said at a press conference, broadcast online in Periscope.

© Photo : Alex Beltyukov
Colombia Won't Succumb to Venezuelan Provocations - MoD on Tu-160 Arrival
Maduro claimed that the attempt to assassinate him, which took place last August, had been staged by a group trained in Colombia.

"We asked to detain them, but silence was the answer, They [Colombian authorities] have no ethics and morals," Maduro said.

On August 4, 2018, Maduro was attending a military parade in the Venezuelan capital of Caracas, when his address was interrupted by what the authorities said was an assassination attempt, with two explosives-laden drones detonating close to the presidential box. The president was unharmed, but several soldiers were injured in the incident.

Venezuela's Maduro Accuses John Bolton of Plotting to Assassinate Him