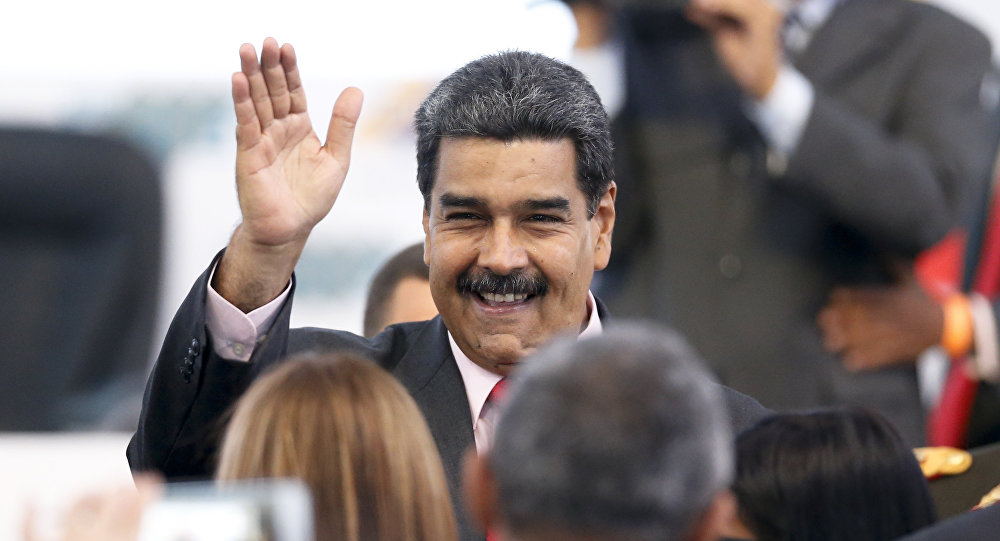 "At this moment we are leaving for Russia to strengthen and expand our diplomatic relations and friendly ties between the brotherly nations," Maduro tweeted. According to the Venezuelan president, he was planning to hold "a very intense and very important meeting" with Putin later on Tuesday.

© REUTERS / Marco Bello
Maduro Defends Venezuela's Right to Export Gold Amid Looming US Sanctions
Maduro visited Russia last year, when he met with Russian President Vladimir Putin to discuss the bilateral cooperation as well as key issues of the international and regional agenda and took part in the Russian Energy Week 2017 forum.

Russia has been supporting Venezuela’s sovereignty and maintaining that the country should develop without external interference. Officials from both countries have been holding bilateral meetings on various levels to strengthen their ties.

Venezuela has for years been suffering from an acute economic crisis and galloping inflation caused by shrinking oil prices.

In late September, the United States imposed a new set of sanctions on Venezuela targeting President Nicolas Maduro's wife and his top officials, including the country's vice president and the minister of defense. 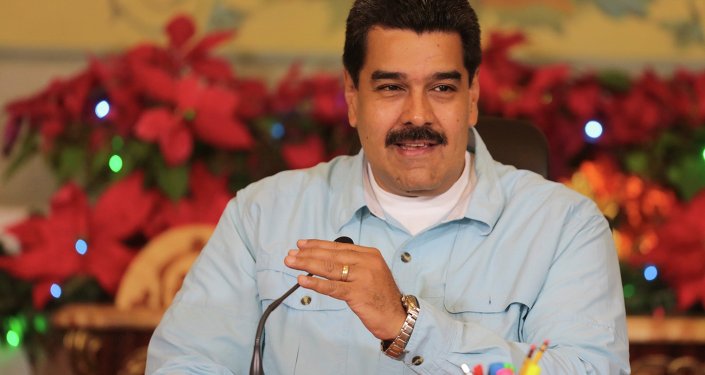 © REUTERS / Miraflores Palace/Handout via Reuters
Maduro Thanks Putin for Recognizing Outcome of Venezuelan Presidential Election
The United States has been expanding its list of sanctioned people and entities in Venezuela throughout 2017 and 2018. On November 1, Donald Trump ordered sanctions on Venezuela's gold reserve.

A delegation of Russian officials led by Russian Deputy Finance Minister Sergey Storchak held a meeting in November with Maduro in Caracas. The president wrote on Twitter after the talks and he had discussed measures to improve the country’s economy and abandon the rent-seeking economic system with the Russian mission. According to the local VTV broadcaster, the Venezuelan president covered nine areas of strategic cooperation during his talks with the Russian mission.

'White House Wants to Kill Me': Maduro Accuses US of Assassination Plot