RIO DE JANEIRO (Sputnik) - Brazilian presidential candidate Jair Bolsonaro has maintained his lead over Workers Party rival Fernando Haddad ahead of the second round of voting slated for later this month, a fresh poll showed.

"Bolsonaro received 58 percent, and Haddad got 42 percent ahead of the second round," the Datafolha polling institute said.

As many as 3,235 adults from 227 municipalities participated in the survey. 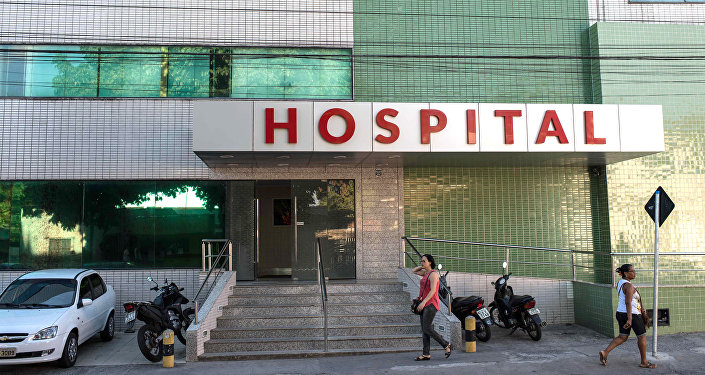 © AFP 2019 / Christophe Simon
Next Brazil Presidential Election Debates Could Take Place in Hospital - Reports
In a Twitter post on October 10, the politician pledged to liquidate and privatize state-owned companies. Moreover, Bolsonaro said in an interview with Band TV that he was against the privatization of the Electrobras power company's generating capacities. The candidate noted that only the power distribution network should be privatized and spoke against selling the company's shares to Chinese businesses.

According to the official results of the first round of the presidential election, held on Sunday, Bolsonaro won 46.03 percent of the votes compared to Haddad's 29.28 percent. Both candidates failed to surpass the threshold of 50 percent needed to win the election outright and are set to take part in a runoff on October 28.