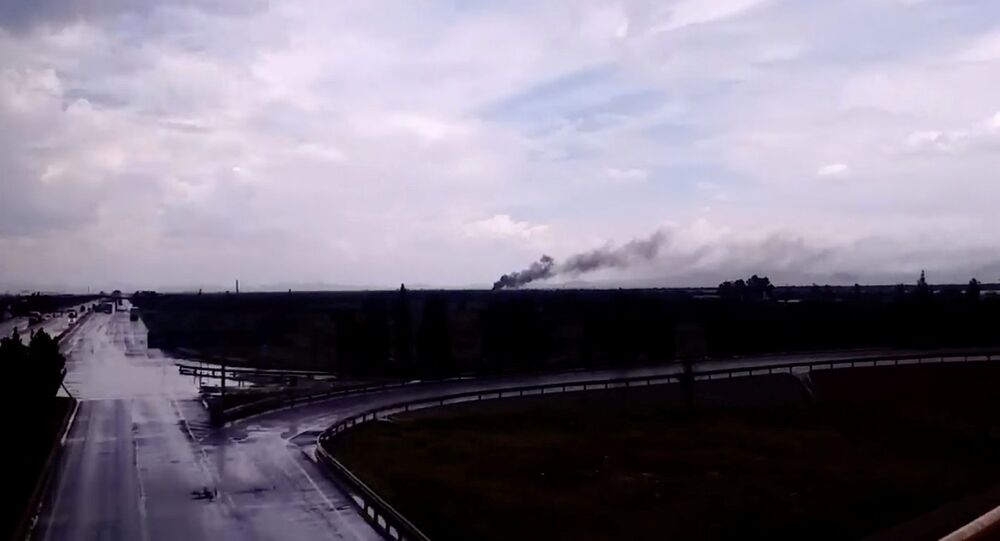 The total number of injured in the accident is yet unknown. According to the state's governor Jose Aispuro, it could range from 13 to several dozen people. However, there were no deaths in the accident. The Mexican Red Cross said 27 injured had been sent to local hospitals.

According to Mexico's minister for communications and transportation, Gerardo Ruiz Esparza, as many as 98 people remain in hospitals following an Aeromexico passenger plane accident in northwestern state of Durango. State's governor Jose Aispuro said earlier that 49 people had been sent to local hospitals following the accident.

"Of 103 people who were on board, the location of 101 has been established, 98 of them are being treated in various hospitals," Esparza said on Twitter.

No deaths have been reported, but authorities say more than 80 people were injured. https://t.co/yra12Z1830 pic.twitter.com/AxsLvmtPSK

Screenshot/Victor Dawson
Dozens Injured But No Fatalities as Mexican Commercial Flight Crashes After Takeoff (PHOTOS, VIDEO)
In turn, Mexican Civil Aviation Authority (DGAC) Luis Gerardo Fonseca said earlier in the day that there has been no information on passengers in critical condition following a plane accident.

The Embraer 190 aircraft en route to the Mexico City crashed departing from the Guadalupe Victoria Airport in Durango. The aircraft tried to abort the takeoff due to bad weather. It then went down running off the runway.

OMA Aeropuertos company said on Twitter that foul weather could possibly be the cause of a passenger plane crash. "According to the preliminary findings, the accident occurred due to unfavorable weather conditions," the company said.

#BREAKING: @Aeromexico flight 2431 crashes in Durango, Mexico, shortly after take off. It was headed to Mexico City with at least 80 people on board. pic.twitter.com/ihVC1XJswJ

Meanwhile, Embraer said earlier in the day it was ready to assist local authorities investigating the crash of one of its planes in Mexico on Tuesday. Brazilian plane manufacturer said in a statement that a team of its specialists has been deployed to the scene of the accident in the northern Mexican state of Durango.