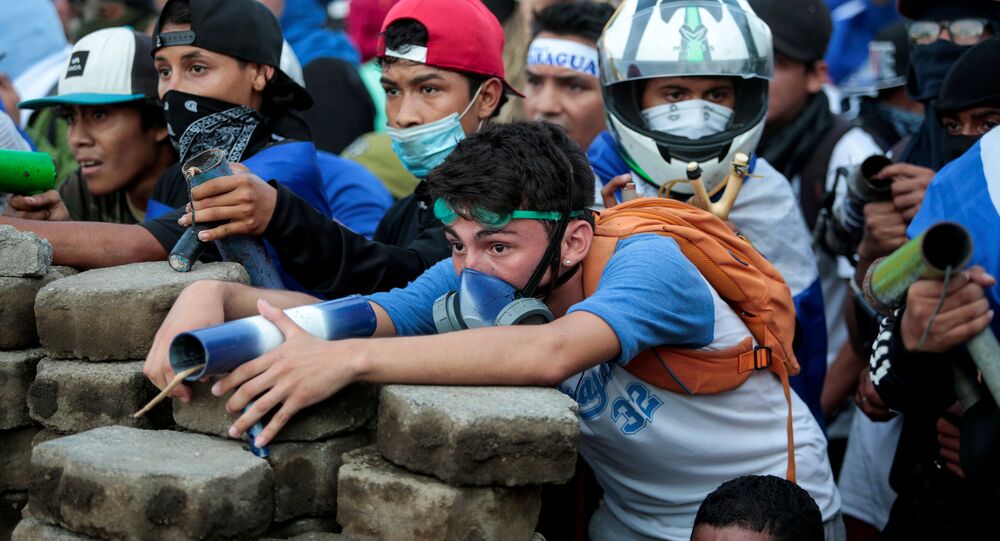 US rating agency Fitch on Friday revised Nicaragua’s long-term foreign-currency issuer default rating to "B" from "B+" with a negative outlook, citing political instability.

The downgrade reflects "increasing political instability and the corresponding deterioration of Nicaragua's investment, economic growth, and public finance outlook," it said in a press release.

"We suggest holding early general elections… at least in nine months – to allow for new electoral registration – or in 14 months at the latest," he said at the OAS Permanent Council meeting on Friday.

The protests were sparked by unpopular pension and social security reforms launched by the government of President Daniel Ortega, who has since reversed the move. Attempts by the Church to mediate the crisis have reportedly failed.