MEXICO CITY (Sputnik) - The number of people, who've gone missing as a result of a fire that broke out in a 24-story tower block in Brazil’s Sao Paulo, could reach 45, media reported.

A massive fire engulfed two tower blocks in Sao Paolo on Tuesday causing one of the buildings to collapse. Earlier reports suggested that one person had died and 150 people were evacuated as a result of the fire, while at least three people were said to be missing. 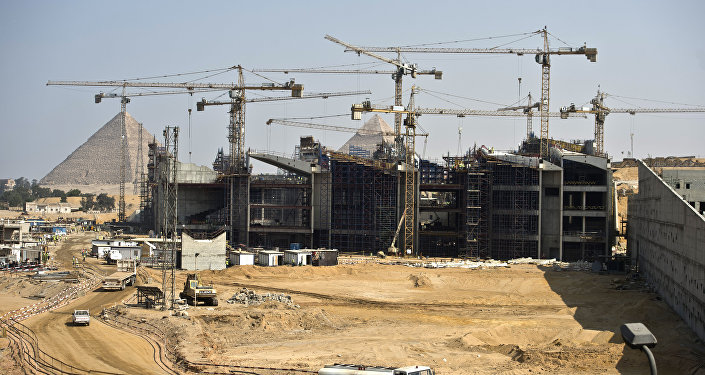 © AFP 2019 / KHALED DESOUKI
Fire Erupts at Site of Grand Egyptian Museum (PHOTO, VIDEO)
According to the Globo broadcaster, the location of these missing people has not been determined yet, but this does not mean that they are all under the rubble.

Local media said, the apartment building was uninhabited, however, according to reports from locals, some squatters lived there.

The preliminary data indicate that the fire started as a result of a quarrel between a married couple who were preparing a meal over a fire, using alcohol as a fuel. They have reportedly managed to escape from the burning building.

'I Would Give Myself an A+': Trump Interview Gems Set Twitter on Fire