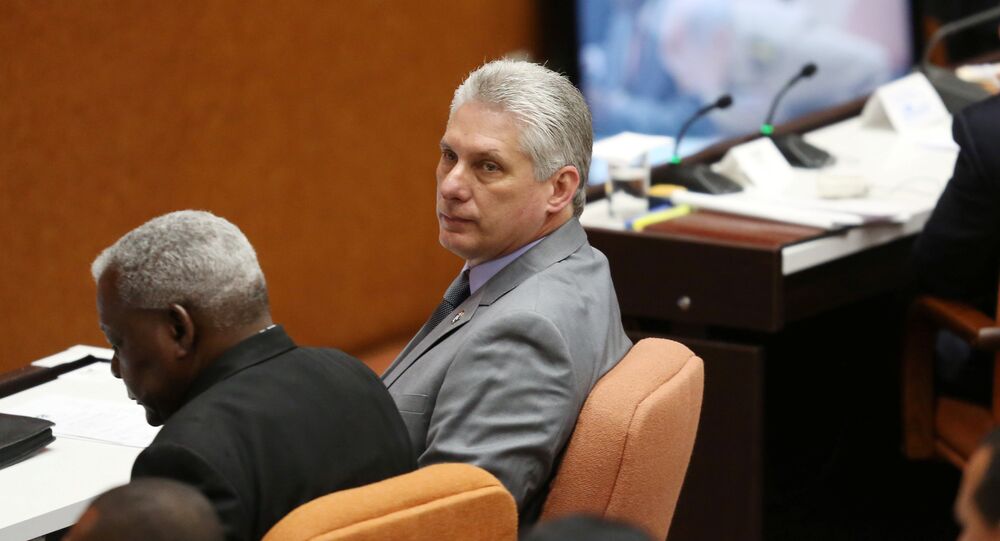 Raul Castro, the 86-year-old head of the country's Council of State and Cabinet became the head of the Cuban state in 2008, succeeding his older brother and Cuban revolutionary leader Fidel Castro.

The nomination is subject to a vote later in the day by the National Assembly and the result will be formally announced on April 19. Such votes are ordinarily unanimously or nearly unanimously ratified.

© AFP 2021 / PHILIPPE HUGUEN
This Man is Likely to Succeed the Castro Brothers After Their 59-Year Long Rule
The National Assembly of People's Power of Cuba (parliament) has elected its speaker, which once again became Esteban Laso Hernandez, receiving 100% of the votes cast.

The session is being held at the Palace of Congresses and is attended by incumbent leader Raul Castro and First Vice President Miguel Diaz-Canel, who is likely to be the frontrunner in the race for leadership.

During the first day of the session, 605 lawmakers elected at the parliamentary election on March 11 will start their work. They will also choose the Council of Ministers with its head becoming the new leader of Cuba.

Raul Castro has been ruling Cuba since 2008, succeeding his brother Fidel. In 2013, he began his second tenure and promised that he would not seek re-election and resign from the office in April.