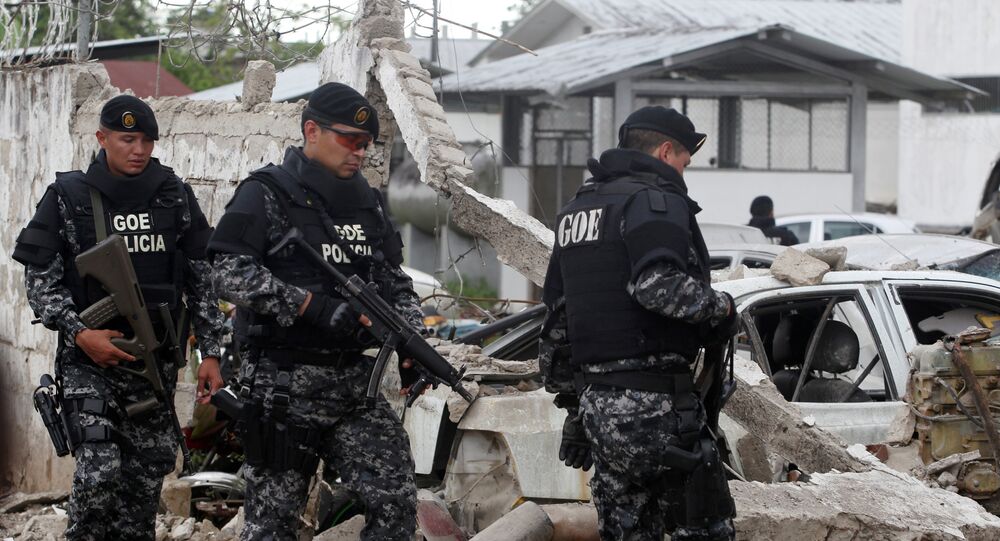 "I have declared a state of emergency in San Lorenzo and Eloy Alfaro cantons to boost security of our citizens," Moreno wrote on Twitter.

The president suggested that the blast was connected with a terror act committed by drug smugglers after successful police operations against crime.

In a separate, apparently unrelated incident, a blast near a police station in the Colombian northern city of Barranquilla reportedly left at least three people dead and 23 others injured.

According to several reports, the explosion could have been carried out either to distract the attention of the police to rob a nearby cash transport vehicle, or revenge on the police for operations committed against drug trafficking in the city.

The Last Straw: Assange at Risk of Being Kicked Out of Ecuador Embassy in UK