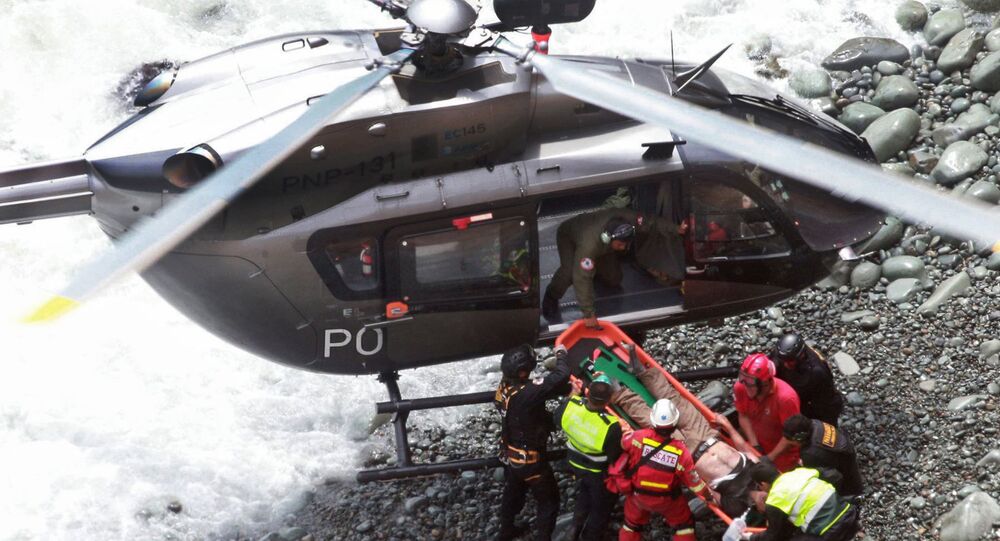 According to Peruvian police and fire authorities, at least 48 people have died in Pasamayo, Peru, after a bus carrying 57 passengers plunged 330 feet into a ravine.

The updated death toll comes from AP, citing local police and fire officials. Dino Escurdero, chief of Peru's Highway Police, originally told local media outlet Channel N that the death toll had been estimated to be at 25, but that they expected that number to rise to 40 or 50, as they "still do not have precise figures."

Local publication Al Dia reported that at least 49 people died in the accident, but that figure has not yet been confirmed by officials.

"There is a huge number of fatal victims," Escudero told RPP radio.

"At least 25 people are dead and around five are injured among those found," Escudero told local outlets. "The police and firefighters are working to rescue the victims of the crash, but we believe the death toll could rise."

The bus left Tuesday morning from the northern city of Huacho and was headed to Lima when the accident took place on the Pan-American Highway. A total of 57 passengers, in addition to the driver and one crew member, were said to be onboard, Blu Radio reported Escudero saying.

The portion of the highway that the bus was travelling on is known by locals as "la curva del diablo," which translates to the curve of the devil. The chief later added that the bus went over the cliff, which lies along the Pacific Ocean, after it collided with a truck. Bodies of victims are being pulled from the water as well as the rocky shore.

Some of the injured were taken to nearby hospitals in Chancay and Ancón.