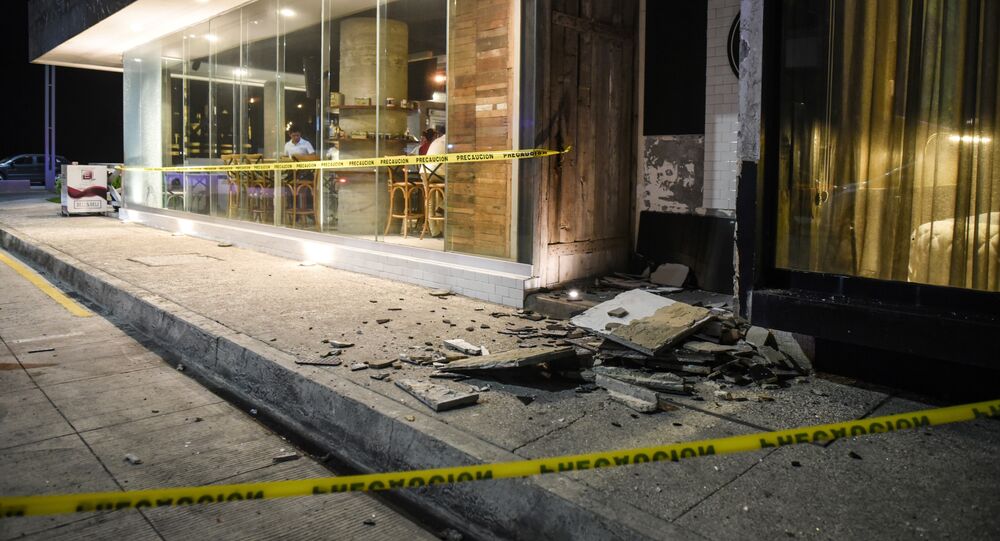 Mexican President Enrique Pena Nieto addressed his nation following the most powerful earthquake to strike in over a century, which left at least five people dead.

MOSCOW (Sputnik) – Five people were killed in an 8.2-magnitude earthquake off Mexican coast, the largest the country has experienced in the last 100 years, the country's President Enrique Pena Nieto confirmed on Friday.

"According to the preliminary data, five people have died [as the result of the earthquake], material damages have been sustained," the President said at the press conference.

Pena Nieto added that his country had just experienced largest earthquake in the last 100 years.

"It is estimated that 50 million Mexicans felt the tremor," the president said, according to El Economista news outlet.

Pena Nieto also reportedly said that 65 aftershocks were felt after the earthquake.

Earlier in the day, a magnitude 8.2 earthquake struck off the coast of the Mexican state of Chiapas, near the border with Guatemala. It was followed by an aftershock with a magnitude of 5.7. A tsunami warning was issued following the quake.

At least five people have been killed, including two children, in the Mexican state of Tabasco, KCTV5 News reported. Tabasco borders the Gulf of Mexico to the north.

"Based on the preliminary earthquake parameters… widespread hazardous tsunami waves are possible," the statement read.

According to the US Geological Survey, the shocks registered at 04:49 GMT with the epicenter located 119 kilometers (73 miles) south-west of the Tres Picos settlement at the depth of 33 kilometers (about 20 miles). The quake was felt hundreds of kilometers away in the nation's capital, Mexico City.

According to US-based ABC News, Nieto said that a million people were left without power in the immediate aftermath of the earthquake, but power had been restored to 800,000 people by 4 a.m. Eastern Standard Time on Friday.