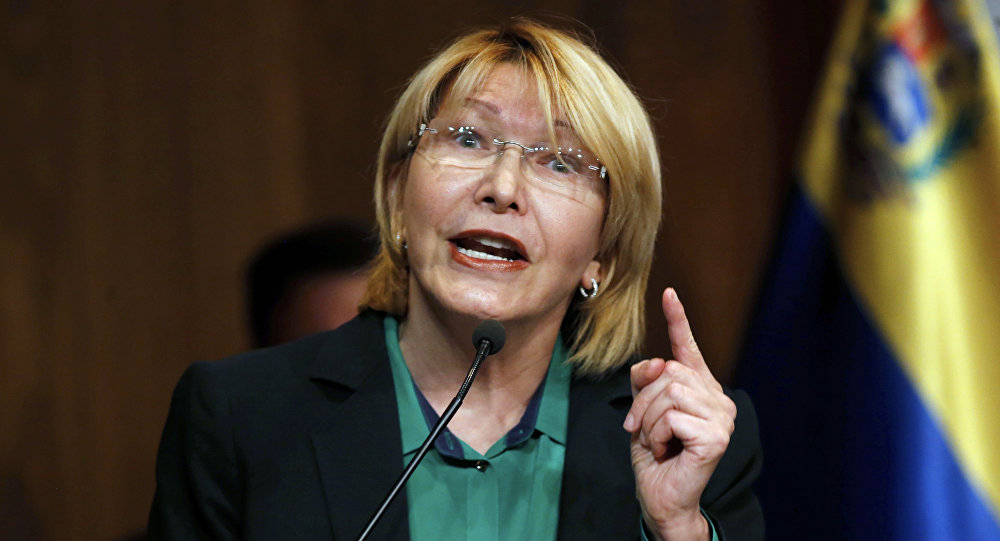 President Nicolas Maduro said that Luisa Ortega Diaz and her husband German Ferrer, who fled to Colombia, have been declared wanted by the Venezuelan government.

Maduro told a press conference that the Venezuelan authorities were planning to request Interpol to issue an arrest warrant for them, as they were "involved in serious crimes."

When speaking about the former chief prosecutor, Maduro stressed that she and her husband had been "put on a wanted list."

© AP Photo / Ariana Cubillos
Former Venezuelan Prosecutor Under Protection of Colombian Government
Ortega was fired on August 5 after criticizing the election to a controversial Constituent Assembly and police brutality during anti-government protests, which have led to over 120 deaths since April. New Prosecutor General Tarek William Saab launched an investigation into her husband, opposition lawmaker, over his alleged involvement in extortion practices.

On Saturday, Ortega Diaz and Ferrer arrived in Colombia, with Colombian President Juan Manuel Santos saying that the ousted prosecutor was under protection of the country's authorities. The Venezuelan authorities strongly condemned the move, as Venezuelan Foreign Minister Jorge Arreaza accused on Monday the Colombian authorities of supporting corruption and crime in Venezuela.

Earlier in the day, the media reported that Ortega left Colombia for Brazil to participate in a regional conference of prosecutors.