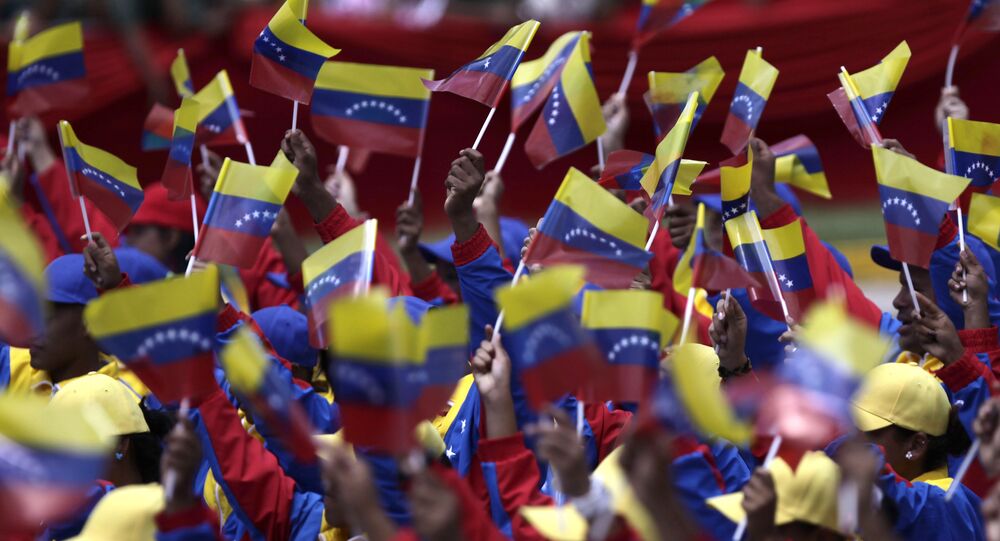 The OAS Secretary-General called for strengthening of the sanctions regime against Venezuela.

© AP Photo
Spain Against EU Sanctions Against Venezuela, Yet Supports Individual Measures
MEXICO CITY (Sputnik) — Luis Almagro, the Secretary-General of the Organization of American States (OAS) called for strengthening of the sanctions regime against Venezuela due to the violations of human rights and detention of two opposition leaders.

On Monday, Venezuela's opposition figures Leopoldo Lopez and Antonio Ledezma were detained in Caracas. The country's Supreme Tribunal of Justice said that Lopez and Ledezma had been sent to a prison due to violations of their house arrest conditions.

"If there is strengthening of repressions and even more violations of human rights, the activities of the international community and the sanctions should be more sever… There are no legal grounds justifying detention of Lopez and Ledezma," Almagro said in a statement on Tuesday.

The OAS official also called on the United Nations, the European Union and to the Vatican City to continue exerting efforts to protect democracy in the Latin American nation.

On Sunday, Venezuelan President Nicolas Maduro’s government held elections for delegates to the constituent assembly. The move was criticized by the country's opposition and led to mass protests across the nation. The manifestations resulted in numerous victims.