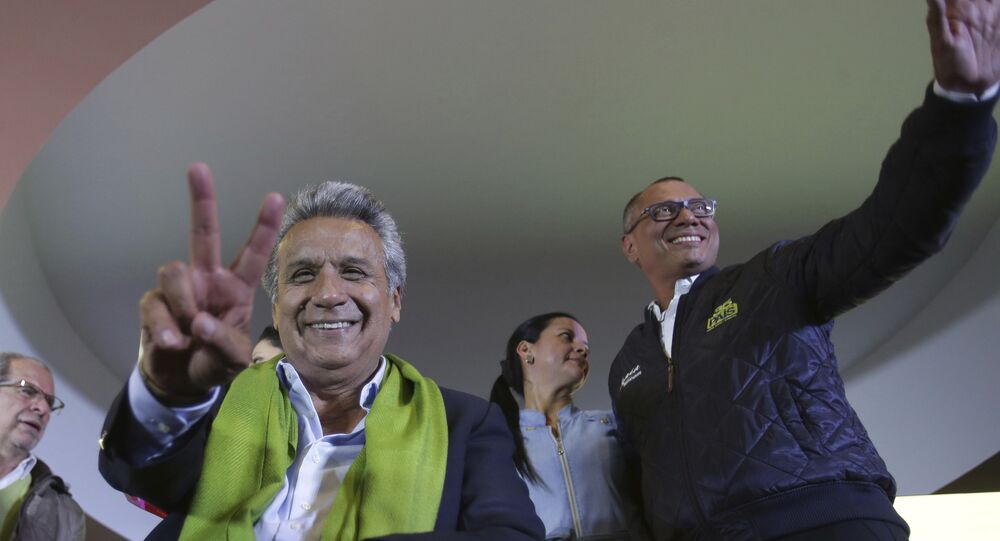 Ecuador’s National Electoral Council confirmed on Tuesday that Lenin Moreno had won the country’s presidential election held on April 2, according to media reports.

MEXICO CITY (Sputnik) – The statement was made after partial recount of votes demanded by the opposition Creo-SUMA alliance, the Noticias24 media outlet reported.

The final results indicate that Moreno, who is a representative of the ruling left-wing PAIS Alliance party, got 51.15 percent of votes while his opponent Guillermo Lasso – 48.85 percent.

Lasso demanded full recount of votes immediately after announcement of preliminary results of the presidential election explaining his request by a 8-percent gap between the results of voting and exit-polls. The National Electoral Council agreed to hold recount of only 296,000 votes.