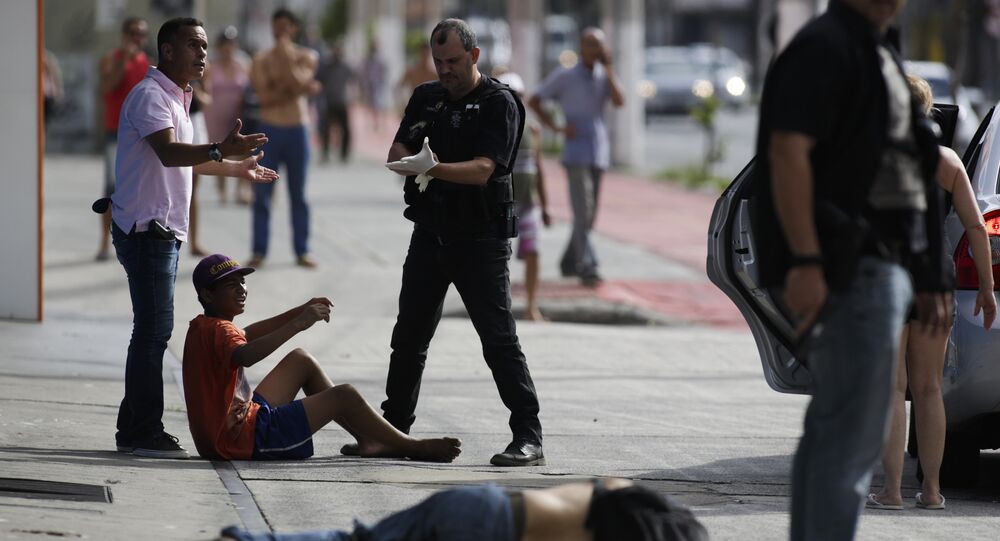 "This is preemptive," said Defense Minister Raul Jungmann to reporters, noting that troops are already in place. "We have protests here, but that has not stopped police from working."

The deployment is meant to help bolster law enforcement as the government grapples with the threat of austerity protests at upcoming Carnival activities and an ongoing officer’s strike.

Officials say that 136 people have been killed in the state of Espirito Santo since officers left their jobs last week, raising issues over pay and claiming their rights as workers have been violated. Of all 27 states in Brazil, the police in Espirito Santo are reportedly paid the lowest.

Reportedly 200 cars have been stolen as well.

Paulo Hartung, governor of Espirito Santo, called the strike "illegal blackmail," as public safety personnel are not allowed to leave their post over labor issues. President Temer called the protests "an insurgency against the Constitution."

Disciplinary proceedings have begun against dozens of the striking officers, with procedures against 151 military police set to be fired already initiated.

Last week it was announced that officials had reached an agreement with police to suspend the strike, but officers did not report for work at the announced time, saying that no agreement had been reached.