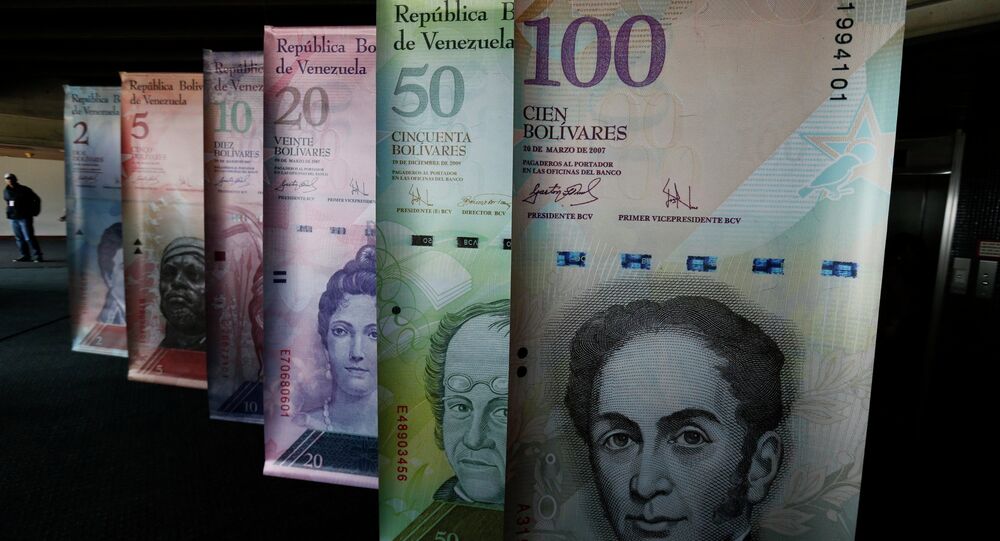 Venezuelan President Nicolas Maduro has announced a delay in the withdrawal of 100-bolivar currency notes from circulation.

MOSCOW (Sputnik) — Earlier in December, Maduro ordered the government to withdraw the highest-denomination banknote, worth 100 bolivars, from circulation within 72 hours as a measure against Venezuela's currency smuggling. The president said criminals were hoarding the banknotes in neighboring Colombia and the move was designed to prevent the notes from being taken back into Venezuela.

© Photo : Pixabay
Venezuelans Switching to Use of Bitcoins for Payments, Necessity Purchases
The ban, which caused Venezuelans to rush to exchange the notes and led to several disturbances and rioting, has now been postponed by Maduro until January 2, the BBC reported on Sunday.

The president reportedly said that new 500-bolivar notes, set to replace the 100-bolivar bill as the new highest-denomination note, failed to arrive on time as a result of sabotage.

Maduro declared an economic emergency in Venezuela in January. The country’s opposition has blamed the president for the economic crisis in the country, which has seen multiple mass protests amid shortages of food, goods and services.