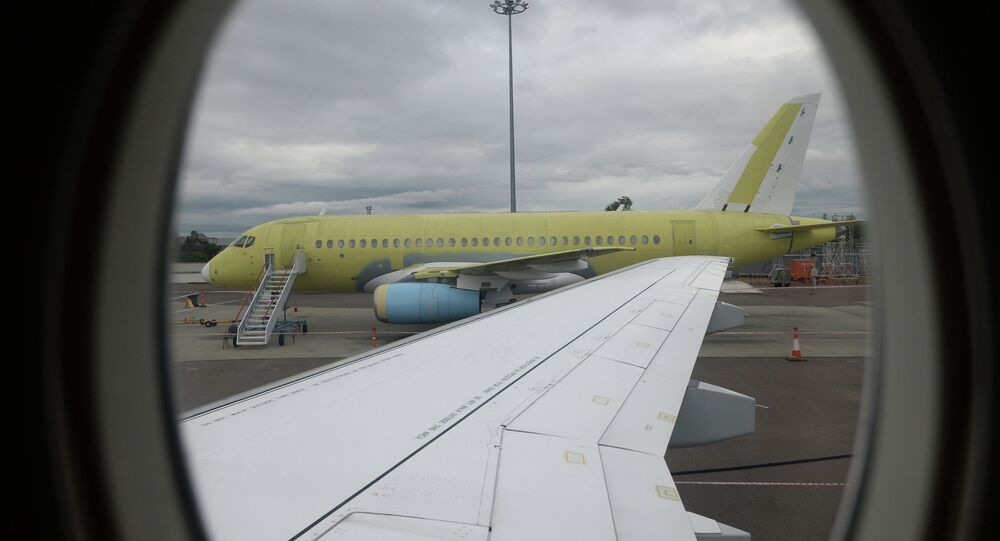 Russian Deputy Minister of Industry and Trade Andrei Boginsky said that Russia and Mexico will not create a joint venture to manufacture parts for the Sukhoi Superjet 100.

"It was decided that there would be no joint ventures, we will make do with other measures, a licensing agreement has been chosen," Boginsky told RIA Novosti on the sidelines of a business forum in Mexico.

According to the deputy minister, Russian aircraft manufacturer Sukhoi Company and Mexican low-cost airline Interjet signed a prolonged memorandum of understanding for a year.

Boginsky added that the two sides, who now only need to sign the licensing agreement, would try to begin manufacturing the parts in 2016.

Boginsky said that he talked about this possibility with Miguel Aleman Magnani, whose holding Grupo Aleman owns Interjet, and, while the airline and the United Aircraft Corporation that owns Sukhoi Aviation Holding Company would have to review this option themselves, Aleman reportedly agreed that "this could be discussed for future deliveries."

The deputy minister also said that Grupo Aleman is interested in promoting SSJ.

"Interjet is not just the biggest SSJ operator in the region, it is the only one, so we hope for further developments here [in the region], we are interested in this market, the local market needs this aircraft," Boginsky said.

The Mexican company was initially going to procure a total of 20 Superjets. In March, it placed an order for additional ten aircraft, bringing their number up to 30.