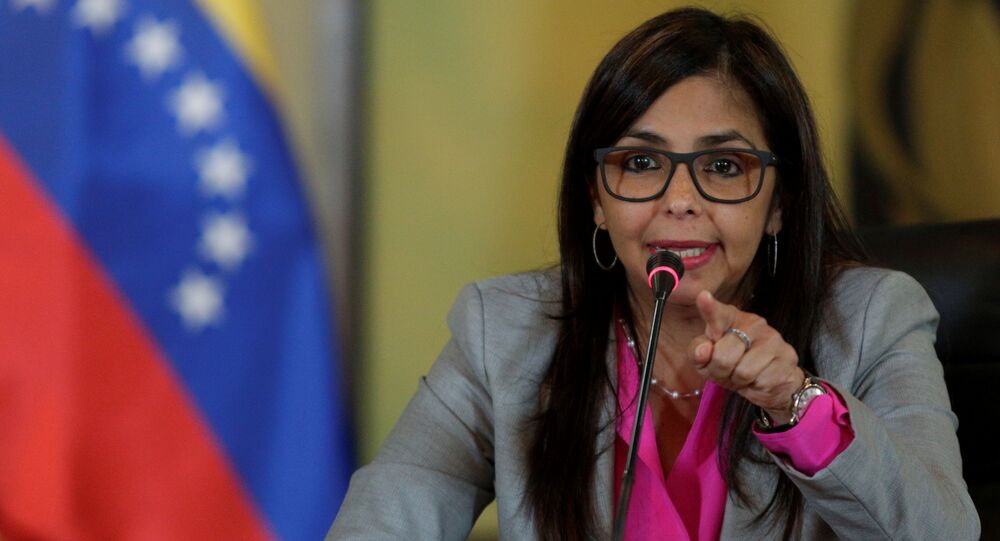 © AFP 2021 / EVARISTO SA
‘Fora, Temer!’: Brazil’s New President Booed, Heckled at First Public Appearance
MOSCOW (Sputnik) — Earlier on Tuesday, Brazilian Foreign Minister Jose Serra expressed concern about the recent "escalation of arbitrary arrests" in Venezuela, highlighting the case of Venezuelan-Chilean reporter Braulio Jatar, who was detained in early September. The Brazilian side also said that the arrests were made illegally, and with open non-observance of liberties and fundamental human guarantees.

"The Bolivarian Republic of Venezuela condemns the blatant and immoral statements by Minister of Foreign Relations @joseserra_," Rodriguez said on Twitter.

Rodriguez said that the Brazilian government is the product of a "coup" which in her opinion, "violated the democratic order" and the will of 54 million citizens who had elected former President Dilma Rousseff.

In May, Brazilian Senate voted to open impeachment proceedings against Rousseff after she was accused of concealing the budget deficit ahead of the 2014 re-election. Rousseff was suspended from office for 180 days, pending the trial, while she denied any wrongdoing. In late August, Brazilian senators voted to remove Rousseff from the presidential post.