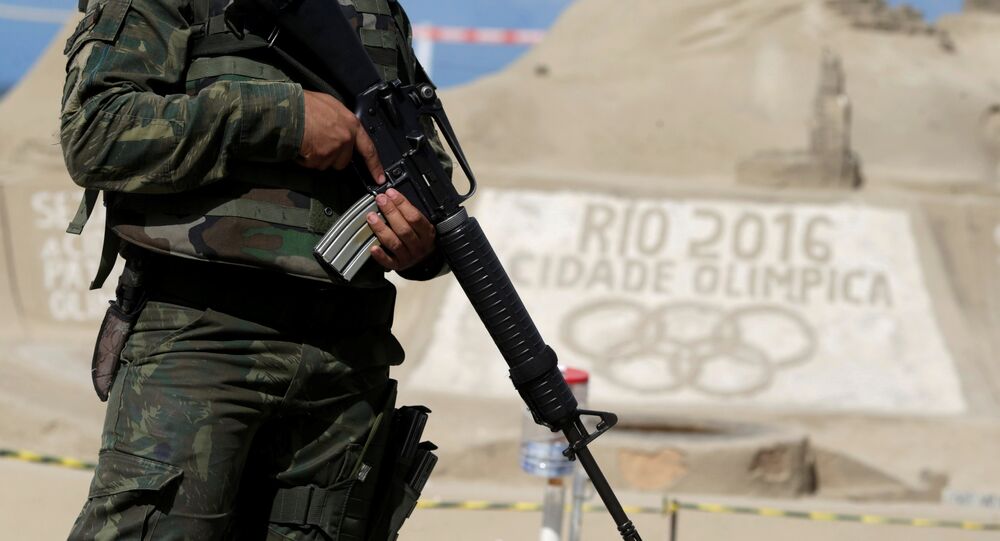 Amid Fears of ‘Dirty Bomb’ at Rio Games, Top-Notch Detectors Sent to Brazil

The United Nations has shipped their best detection equipment to Brazil amid “credible” threats of Daesh planning on deploying a radioactive dirty bomb during the Olympics in Rio de Janeiro next month.

© AFP 2021 / Jewel Samad
US Man Admits Planning Attack on Capitol to Support Daesh – Justice Department
Brazil’s counter terrorism director Luiz Alberto Sallaberry has expressed concern that the threat of an attack during the games has increased dramatically following an uptick in terrorist acts in Europe. He also noted growth in the number of Brazilians who are sympathetic to the terror organization.

The security team for the Olympics has now obtained top-of-the-line radiation monitors on loan from the UN’s International Atomic Energy Agency. The equipment includes personal detectors as well as portable scanners. Security will be scanning for traces of radioactive material throughout the games.

“Upon request and under the terms of the Convention on Assistance in the Case of a Nuclear Accident or Radiological Emergency, (we are) also prepared to provide assistance in the event of a nuclear or radiological emergency,” the IAEA, which is widely referred to as the world’s “Atoms for Peace” organization, said in a statement to the Sun.

A dirty bomb is easy to assemble and would have devastating effects, as it combines conventional explosives with radioactive materials. A bomb of that nature would not only harm those who were in the immediate area of the explosion, but would also contaminate a vast area around it.

Daesh has previously used chemical weapons attacks and suicide bombings separately, but many believe their next step will be to combine them.

“Recently, the militants have been using chemical weapons and suicide bombers, and before it was adults, now — teenagers,” Peshmerga General Akram Mohammed Abdulrahman told RIA Novosti.

“From our intelligence, there is evidence that they are prepared, so to speak, to combine these two tactics and develop a method to supply chemical weapons to suicide bombers to use on the front.”