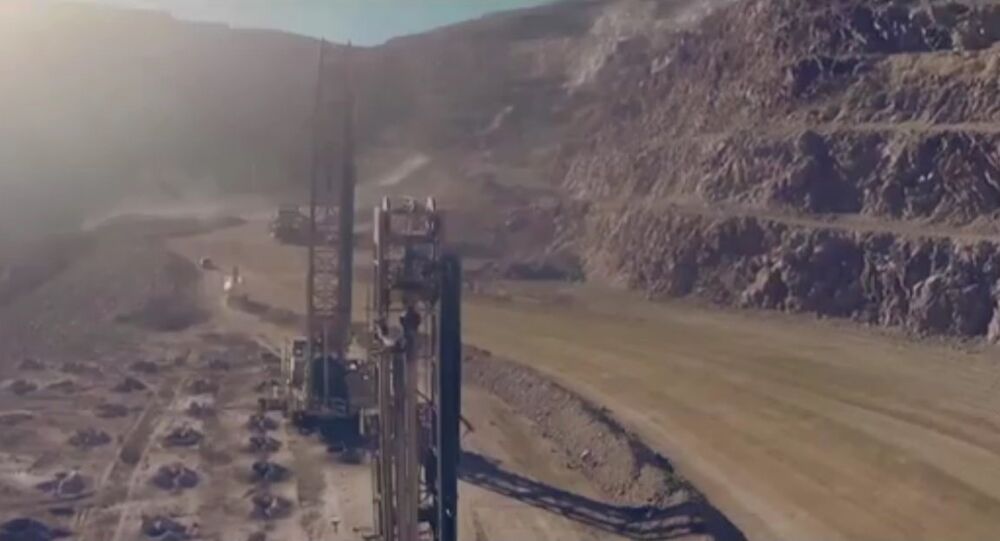 Canada Mine Spilled Tons of Poisonous Cyanide Into Argentina River

As a second Argentinian prosecutor launches an inquiry into a huge spill from a gold mine in San Juan province, it was revealed that the scale of the spill earlier this month had been dramatically underestimated, with experts now believing over a million of liters of toxic cyanide solution were dumped into a local river.

Some 1.072 million liters of cyanide solution were spilled after a valve collapse on September 12 at Canadian-owned Barrick Gold’s Veladero mine.  The Buenos Aires Herald cited the fresh figures as revealed by the company’s representatives.

The estimate of of the scale of the leak has increased by at least five times, as at first the company had reported a 224 thousand-liter spill.

The revised estimate puts the amount at around half the volume of an Olympic-sized swimming pool. Environmental experts and community leaders are concerned about threats that the leaked cyanide might pose to human health.

Cyanide is widely used in the process of gold extraction from low-grade ore in mining, but as the chemical compound is highly toxic, the technique remains controversial.

© Flickr / Simon Fraser University
Poisonous Fracking: Nearly 200M Gallons of Toxic Wastewater Spilled in US Since 2009
All operations at Barrick Gold’s mine involving the use cyanide were suspended by Judge Pablo Oritja.

"The company has to present a plan for improvements to the safe handling of valves," Oritja said.

So far, the local court ruled, the water system in nearby settlements hasn’t been affected by the leak, despite the fact that test results have yet to be made public.

Guillermo Caló, executive director of Barrick Gold’s arm in Argentina, will give testimony on what exactly happened on the day of the incident and what possible consequences may be expected.

© Photo : Vlad Minin
Arctic Nations to Discuss Immediate Region Issues in Alaska
Moreover, members of the Environmental Committee in the country’s senate took an unusual step after the incident:  they came to San Juan in order to “hear from residents the truth about the cyanide spill.”

"We have come because there was an accident and it is our responsibility as legislators to respond to people’s needs," said Proyecto Sur Senator Fernando “Pino” Solanas, the chairman of the committee.

The Veladero mine, one of the largest gold mines in the world, is responsible for roughly ten percent of Barrick Gold’s outcomes. In 2014, 722,000 ounces of gold was produced there.

Under the Sea No More? Marine Wildlife Sinks to Nearly Half in Decades