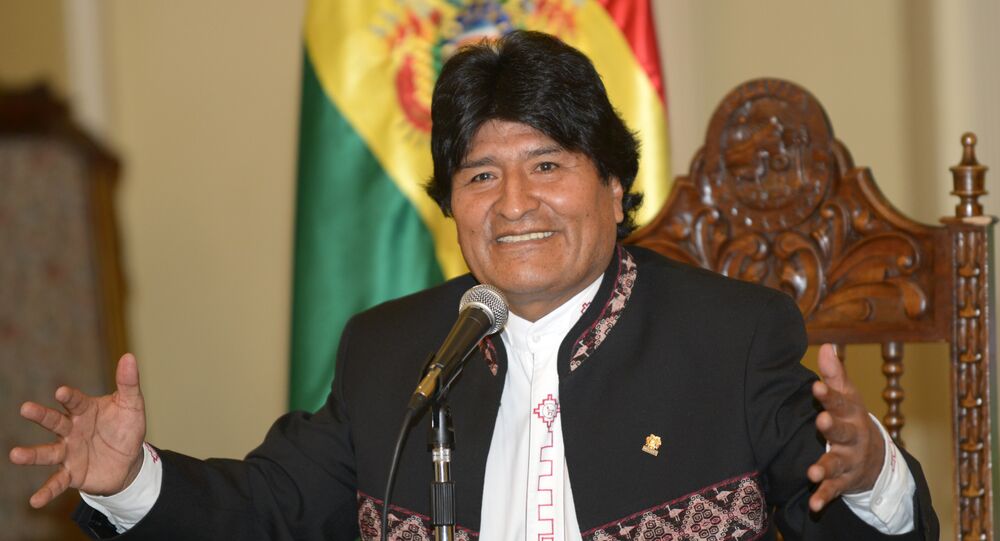 The US Drug Enforcement Administration is behind the attepmt to discredit Bolivia's president, according to the country's Minister for the Presidency.

MOSCOW (Sputnik) — A US sting operation currently underway in Bolivia is an attempt to discredit the country's President Evo Morales by implicating him in drug trafficking, Minister for the Presidency Juan Ramon Quintana said.

"A covert operation is underway to target President Evo Morales, which is not only funded but also coordinated and organized by intelligence agencies and US security," Quintana said, as quoted by Los Tiempos on Sunday.

The US Drug Enforcement Administration (DEA) is assumed to be the agency behind the covert operation, as it has long had a strong presence in Latin America, according to the Bolivian minister.

© REUTERS / Osman Orsal
ISIL Drug Smuggling 'May End Up in Europe'
Quintana observed that the US government has gone all-out against the Bolivian leader over the past decade.

Morales was first elected president of the South American nation in December 2005 by an absolute majority, and reelected for two more terms in 2009 and again in 2014. He fell out with the US government over its ongoing War on Drugs. The unpopular US policies, including military aid and political intervention as a method of stopping cocaine flows from Latin America, are largely seen to be ineffective.

Syriza Leader Tsipras to Visit US, Hold Talks With Obama

Olive Branch? US Envoy to North Korea Ready for Talks in Pyongyang