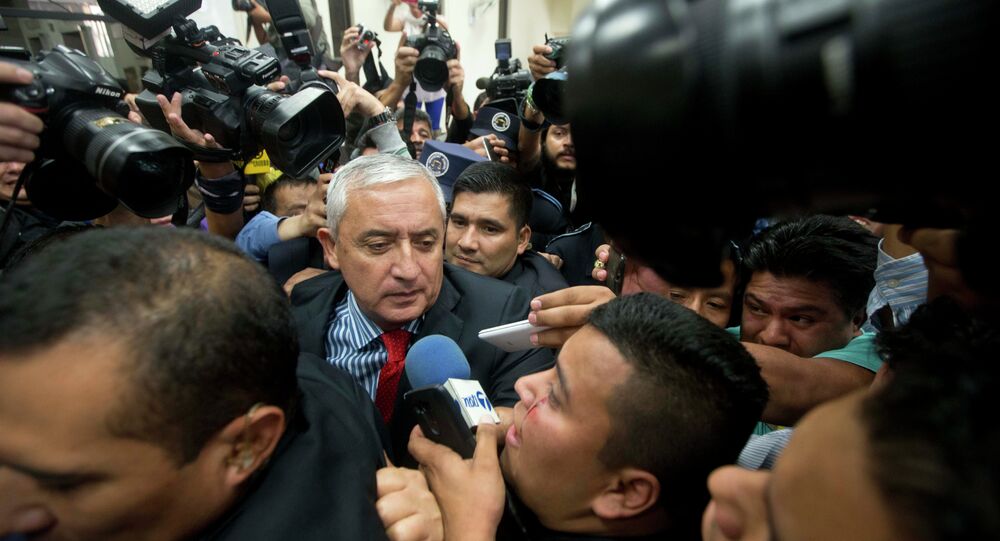 Molina has been ordered to be held in prison during the hearings over his alleged role in a corruption scandal, as the judge believes the former president to be a flight risk. His attorney is appealing the ruling.

The judge has stated that the decision to detain the former leader is the "ensure the continuity of the hearing," though no charges have yet been filed, and the former president denies any wrongdoing.

The attorney general's office announced that they plan to file charges of illicit association, accepting bribes, and customs fraud.

Molina submitted his resignation at midnight after an order was issued to strip him of his immunity and detain him.  He is the first Guatemalan president to ever step down from the position.

Congress voted on Thursday afternoon to accept the resignation and appoint Vice President Alejandro Maldonado as the new president.

Crowds outside the parliament cheered the announcement. Thousands of protesters took to the streets last week, calling for a nationwide strike against what they decried as Perez’s corrupt government.

National elections are scheduled to take place on Sunday however, and a new president will be chosen.

Perez Molina had previously refused to step down from office several times, despite evidence of alleged corruption brought against him.

The former president's officials are accused of receiving bribes from companies in exchange for relief from import duties.  The Guatemalan ministers of finance, economy, infrastructure, education and health have all resigned amid the scandal.