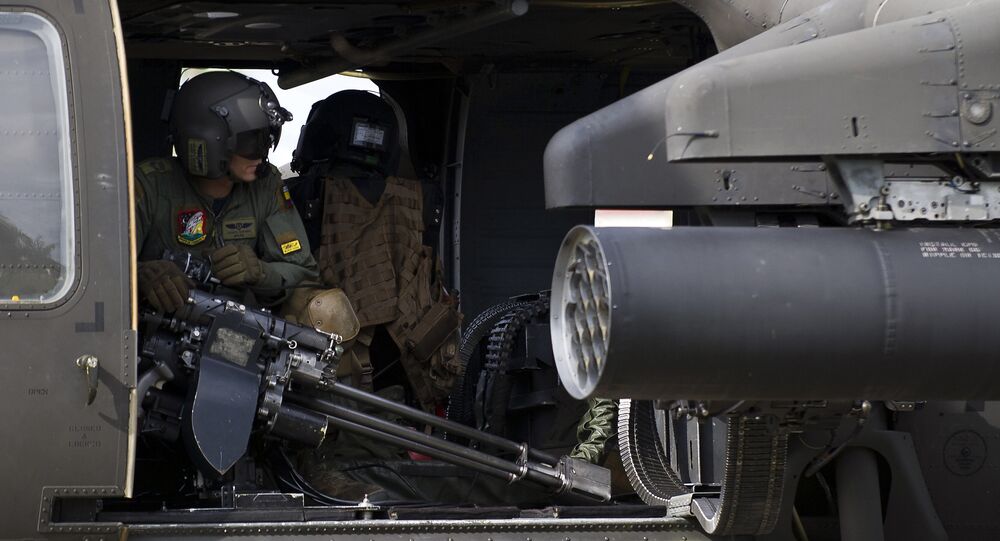 The 95-page report cited evidence that implicated the participation of Colombia’s armed forces in systematic extrajudicial killings of civilians between.

© REUTERS / Presidency-Peace Office/Handout via Reuters
FARC Rebels Arrange Oil Spill in Colombia Amid Progress in Peace Talks
MOSCOW (Sputnik) — Colombian military participated in the killing of thousands of innocent civilians to report them as rebel fighters, in an attempt to show battlefield success, a rights group said Wednesday.

"Prosecutors are investigating at least 3,000 of these cases, in which army troops under pressure to boost body counts in their war against armed guerrilla groups killed civilians and reported them as combat fatalities," Human Rights Watch (HRW) said in a report.

The 95-page report cited evidence that implicated the participation of Colombia’s armed forces in systematic extrajudicial killings of civilians between 2002 and 2008. The pressure group said many generals and colonels knew about what it called "false positive killings," or even promoted this practice.

Hundreds of soldiers have since been convicted of mass murders of civilians, HRW said, but only a few colonels and no generals.

"The army officials in charge at the time of the killings have escaped justice and even ascended to the top of the military command, including the current heads of the army and armed forces," HRW Americas division head Jose Miguel Vivanco said.

Colombian armed forces have been fighting the Revolutionary Armed Forces of Colombia (FARC), which is the country’s largest rebel group, since the mid-1960s.

After the start of peace talks with the group, the government of the South American nation adopted a provision that allows Congress to punish people most heavily involved in war crimes while pardoning everyone else if peace is reached.