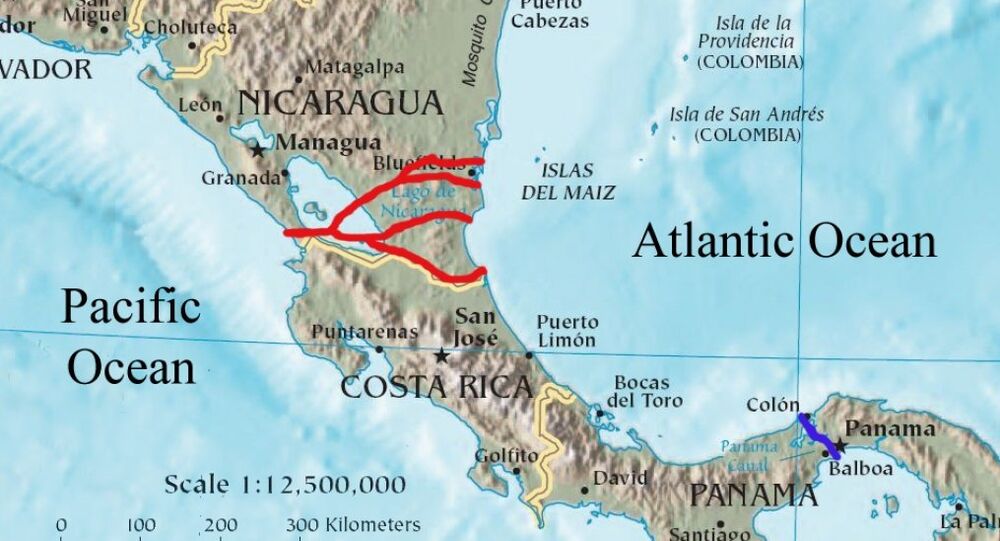 © Sputnik / Alexei Druzhinin
Nicaragua Canal to Strengthen BRICS, Undermine US Positions in Latin America
MEXICO CIT (Sputnik) — The Nicaraguan canal, being built by a Chinese firm, will connect the Atlantic and Pacific oceans and would rival the century-old Panama canal.

The demonstrations took place in Nicaragua's city of Juigalpa on Saturday.

The protesters also accused Nicaraguan President Daniel Ortega of "selling the country to the Chinese," according to the broadcaster. Nicaragua's government argues the canal will bring vital investment to one of Central America's poorest countries.

© Sputnik / Sergey Pyatakov
Russia, Nicaragua Prepare Deals on Pharmaceuticals, Fisheries, Aerotechnics
Dozens of demonstrations have been staged so far by the Nicaraguan farmers in the past year against the country’s planned route between the oceans. According to the various estimates, the project will displace between 30,000 and 120,000 people that live along the canal’s future route.

The new canal is set to be longer and wider than the Panama Canal. The HKCD was granted a 50-year concession to manage the project, with a possible extension for another 50 years, after the construction is completed.