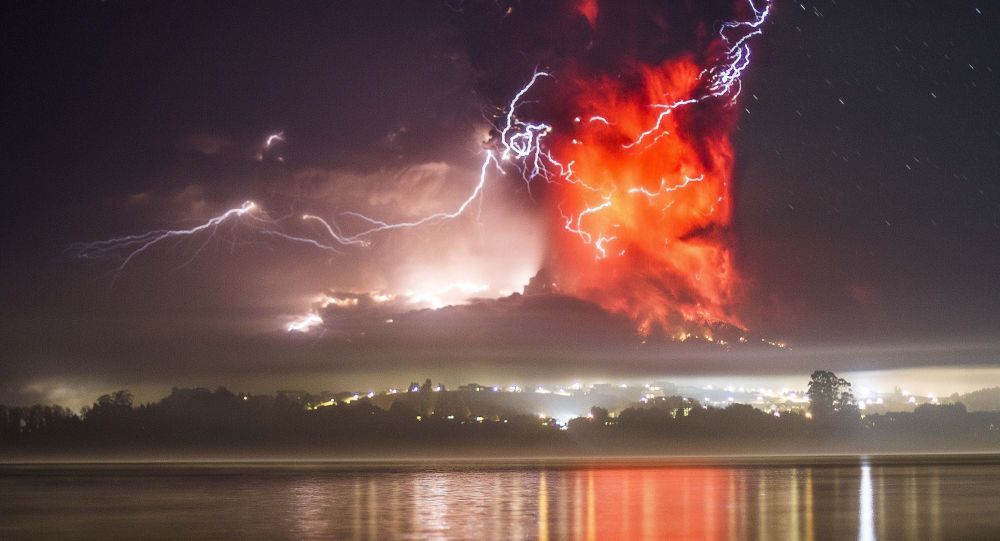 Chilean authorities announced on Friday the second round of evacuations from the region near the Calbuco volcano eruption.

MEXICO (Sputnik) — Chilean authorities announced on Friday the second round of evacuations from the region of the Calbuco volcano, as the river in the affected area is polluted with lava.

On Wednesday, Chile's Calbuco volcano, located in the Los Lagos tourist region about 600 miles south of the Chilean capital Santiago, erupted for the first time in more than 40 years. After the second eruption on Thursday, Chilean President Michelle Bachelet announced that the government would be maintaining a security perimeter of about 12 miles around the volcano.

In the second evacuation round, Chilean emergency officials will evacuate the people living near the Correntoso river. The lava flows that have fallen into the water can damage the river banks as well as threaten the people living in the neighborhood.

Despite the fact that Chilean authorities declared a state of emergency as well as the highest level of danger after the eruption, there were no reports of casualties on Thursday.
...
Reddit
Google+
Blogger
Pinterest
StumbleUpon
Telegram
WhatsApp
28