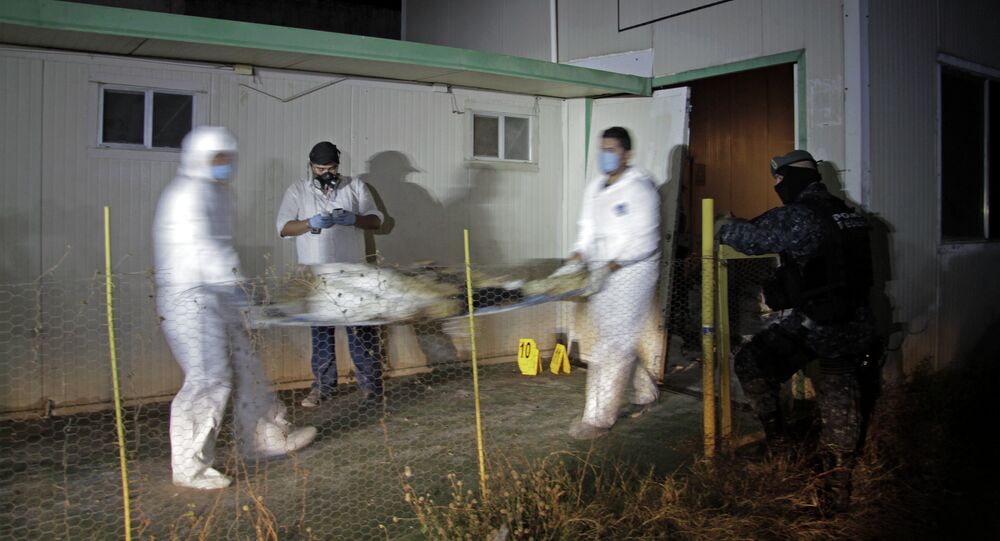 Total of 61 Bodies Found in Crematorium in Mexico

A total of 61 bodies have been found at an empty crematorium in Acapulco, Mexico, where, in September of last year, 43 students went missing.

A total of 61 bodies have been found at an abandoned crematorium in Acapulco, in the Mexican state of Guerrero.

© AP Photo / Marco Ugarte
Search for Missing Students in Mexico Suspended, Protests Going On
The bodies were found after residents from the adjoining areas called the authorities, who reached the crematorium and recovered the human remains, media reports.

They were found 130 miles from the town of Iguala, where 43 student teachers were abducted by corrupt police and apparently killed by drug gang members.

Apparently, the crematorium, the Cremaciones El Pacifico, was abandoned nearly a year ago. By early Friday, all of the bodies had been removed and taken to the local forensic institute.

Guerrero is among the poorest states, with one of the highest incidence of organized crime and social conflict in Mexico.