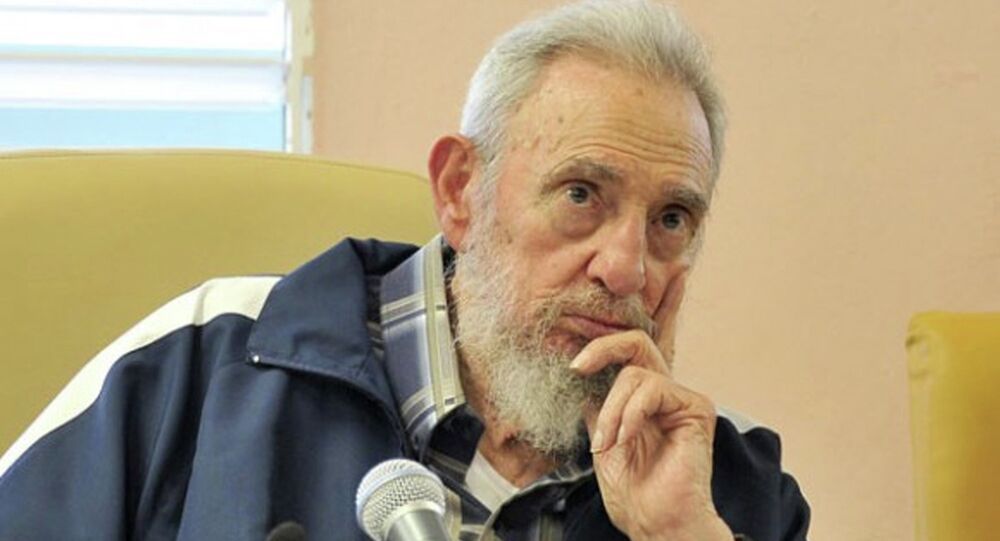 After a long silence, former Cuban leader expressed his opinion on the reestablishment of US-Cuba relations in a letter addressed to Cuban students.

MOSCOW, January 27 (Sputnik) — Former Cuban leader Fidel Castro finally commented on the thaw in US-Cuba relations after a long silence, causing speculations about his alleged death, according to AP.

In his letter addressed to the Federation of University Students, Castro supported the reestablishment of diplomatic relations between the two countries and once again emphasized the necessity to resolve conflicts in a peaceful manner.

© Sputnik
Fidel Castro Sends Letter to Football Star Maradona Saying He Is Alive
"We will always defend co-operation and friendship with all the peoples of the world, including our political opponents," Former Cuban leader wrote in his letter, backing up the decision of the current Cuban leader, to resume ties between the countries.

However, he also mentioned that he does not trust politics in Washington.

"I don't trust the policy of the United States, nor have I exchanged a word with them, but this does not mean I reject a pacific solution to the conflicts," his letter said.

© East News / Tech. Sgt. Michael R. Holzworth
More Cuban Prisoners Released After Rumors of Fidel Castro's Death
Castro’s letter was his first comment on the negotiations with the US since December, 17 when the reestablishment of the diplomatic ties was declared. His long silence sparked rumors about the deterioration of his health condition and alleged death.

However, earlier this month, Former Cuban leader sent another letter to his friend, football star Diego Maradona, saying that he is alive, disposing speculations about his demise.