The relatives of 43 Mexican students who have been missing since September 26 demand that the search for their children should go on despite the announcement of the authorities that they have evidence proving that the students were incinerated.

© East News / AP
Mexico Grieves After Remains of 1 of 43 Missing Students are Identified
MOSCOW, December 8 (Sputnik) – The parents of Mexican students who went missing in the country on September 26 are demanding that the search for their children must go on.

Earlier on Sunday the interim governor of Guerrero, Rogelio Ortega, announced three days of mourning after the remains of one of the 43 students who disappeared in the Mexican state were identified.

Also on Sunday, the Mexican authorities announced that they have enough evidence proving that students were incinerated at a garbage dump by members of a drug gang.

Authorities have said the remains were then placed inside plastic bags and thrown into a river, according to a CNN report. 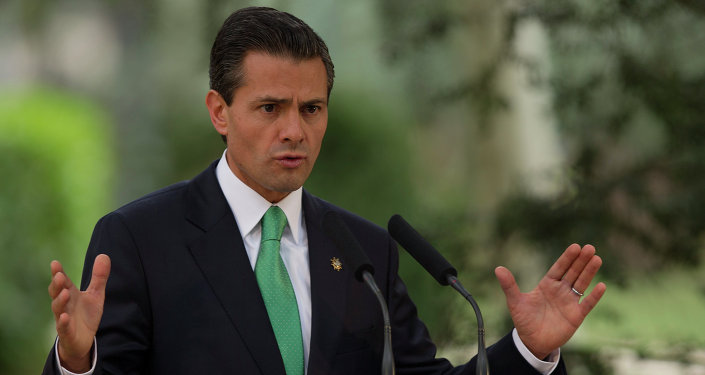 © AP Photo / Andres Kudacki
Mexico's President Condemns Protests Over Students' Murder
The news channel quotes Mexican federal authorities as claiming that they have heard confessions from drug traffickers indicating that the college students were rounded up on the orders of a local mayor and then delivered to the drug gang to be murdered.

But the parents of the missing are demanding that the search must continue.

"If these murderers think that with a DNA match of one of our boys, we are going to stop and cry, we want to tell them that they have been mistaken, that after today, this day of action will continue until we find the remaining 42 alive," CNN quotes Felipe de la Cruz, a spokesman for the students' families as saying.

"My son, wherever you are, I'll keep looking for you, even if my heart is breaking from the news," the news channel’s website quotes one father as saying,

At a news conference Sunday, Mexican Attorney General Jesús Murillo Karam vowed to continue with the investigation until they detain all the culprits.