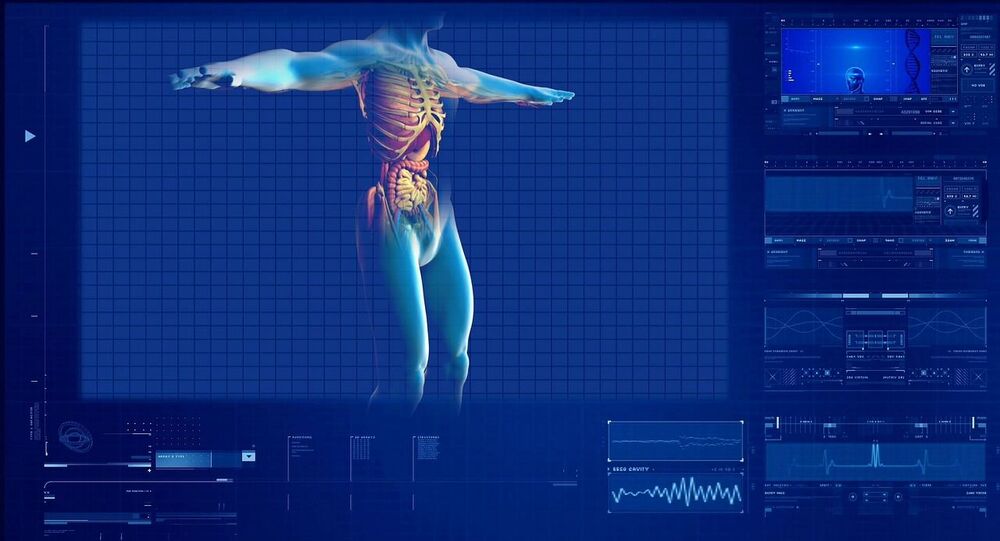 'We Are Trying to Mimic the Body’s Pain Responses,' Engineering Professor Says

Scientists have developed electronic artificial skin that reacts to pain stimuli just like real skin. This aims to pave the way for better prosthetics, smarter robotics and non-invasive alternatives to skin grafts. Professor Mad-hu Bhas-karan from the Royal Melbourne Institute of Technology told us more about this new prototype.

Sputnik: Could you tell me a bit more about this new skin prototype?

Mad-hu Bhas-karan: So what we have innovated is electronic skin, and that reacts to real-life stimuli of pressure and temperature, and a combination of these, which could also be felt as pain.

So the combination of the skin with the brain mimicking electronics is what’s allowing us to recreate the entire process of how the skin senses an external stimulus, it sends a message to the brain, and then the brain then signals something to initiate a response.

Sputnik: Why is it important to develop medical devices that mimic human pain responses?

Mad-hu Bhas-karan: You know, that's an interesting question because we live in a world where we've been spending decades of research on trying to minimize pain. So here's something which is trying to mimic our body's pain responses, but to put simply the only way that we'd wanted to do that was that's the only way we can actually make competence and devices, which respond similarly to the human body.

So mimicking a pain response is one way to show the capability of our skin to actually recognize the threshold from the stimuli. Now the pain is what we feel when a stimulus goes beyond the particular limit. Our skin is feeling stimuli all the time and we don't react to every single stimulus all the time.

But when it exceeds a particular threshold, we react to it very differently. And everyone's skin sensitivity is different. For instance, sunburnt skin is extra sensitive. So the fact that this electronic skin has the ability to actually react to external stimuli based on those thresholds, is what really makes it special.

Sputnik: How will these developments help people who need prosthetics in the future?

© CC0
Russian Technology to Allow Charging Gadgets From Your Own Body
Mad-hu Bhas-karan: So if you look at prosthetics, or the focus on it has been very much about the motor responses. So if you have a prosthetic arm, the focus on it has been to make sure that you have control in your arm to grab a particular object or to do things with your hands that they might want to do.

So it enhances people's lives quite significantly, but then it doesn't really have the skin likeability. So for instance, if the person with the prosthetic limb is touching any hot surface or is you know, going dangerously close to something which is very sharp and might damage the limb, the arm is not really going to sense that.

So having the ability to use the skin along with the prosthetic arm I think will bring it closer to a real-life limb.