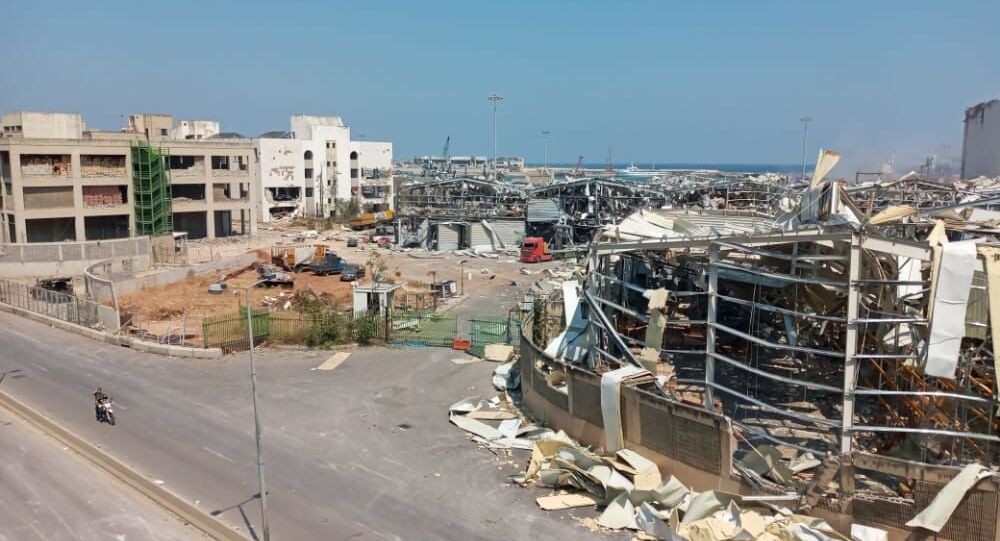 Beirut Mayor Jamal Eytany has told Sputnik that the situation in the Lebanese capital after the explosion is extremely disastrous.

"The devastation is immense. The damage to the city is much larger than it may seem at first sight. The situation is really tragic", he said.

"The Port of Beirut has been completely destroyed. A number of neighbourhoods in the city, such as Achrafieh, Al-Madwar, Karantina and Mar Mikhael, as well as several neighbourhoods adjacent to them, have been severely damaged. Some buildings there have been completely destroyed. A team of engineers is already working in the city: they are investigating which buildings can be restored and which, unfortunately, are beyond repair. They will do a rough estimation of the cost needed to rebuild the affected residential areas", he added.

According to the mayor of the Lebanese capital, the damage caused by yesterday's explosion is already estimated in the billions of dollars.

Speaking about the fate of the people who have been left homeless, Eytany noted:

"The municipality is working to provide shelter for absolutely everyone whose homes have been damaged by the blast wave. Several other cities in our country have already offered temporary housing to the affected people. Additionally, there are uninhabited houses and new buildings in other parts of Beirut: we plan to accommodate people there as well".

Jamal Eytany admitted that the level of air pollution due to the ammonia vapour that was released after the explosion is indeed extremely dangerous to citizens.

"The research centre in Beirut is now tasked with measuring air pollution and working out ways to manage the incident. It is not yet clear what damage ammonium clouds would cause to the city and the health of its residents", he explained.

According to Beirut's mayor, rescue workers, police, and volunteers are still clearing the rubble and looking for missing people.