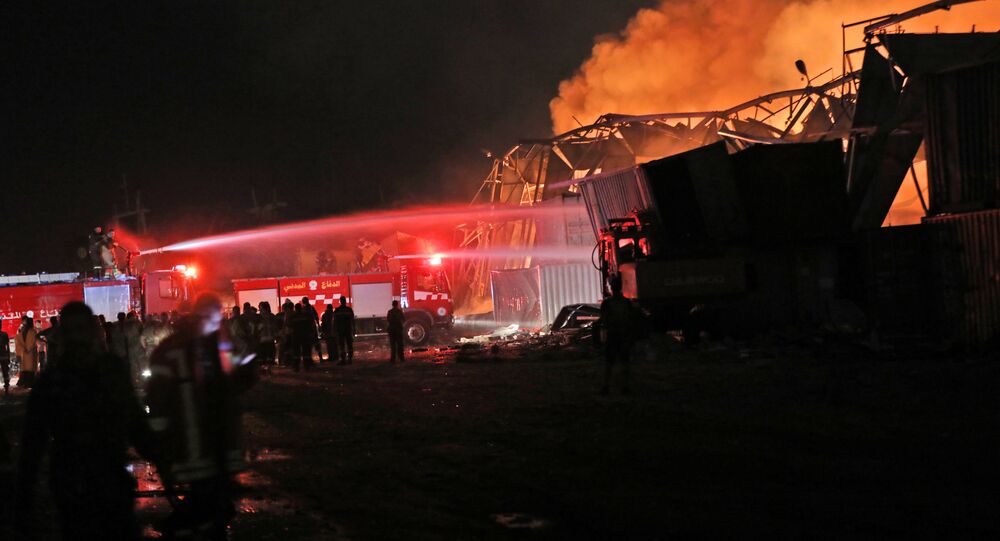 The explosion that tore through the Lebanese capital on 4 August claimed the lives of at least 80 people, injuring thousands, destroying numerous buildings, and practically leveling the city’s port.

Even with the Lebanese PM having already announced that a huge stockpile of ammonium nitrate in the port of Beirut as being behind the tragic explosion, a lot of speculations are continuing to circulate, suggesting other explanations for the deadly incident. Some of them come from conspiracy theorists, while others are being pushed by prominent politicians.

Here are the main theories and speculations about the cause of the deadly 4th of August explosion:

Here is the technical data sheet for Nitropril, the brand of Ammonium Nitrate depicted in the above image.

Despite the abundance of speculations around the cause of the explosion that claimed the lives of at least 80 people, injured thousands, and left up to 300,000 homeless, it's probably a good idea to follow the advice of Abbas Ibrahim, the head of Lebanon’s general security service, not to speculate on the matter until all the facts are known and wait for the results of the official probe. Especially in light of a statement by the Lebanese president calling on the country's authorities to conduct an urgent investigation into the Beirut blast to determine who was responsible for it.